It is, remarkably, more than 100 years since Edward Elmer Smith began writing The Skylark of Space, the first novel in the series which created and exemplified the term ‘space opera‘. Originally written with the help of a neighbour, Mrs Lee Hawkins Garby, who supplied feminine touches such as characterization, the novel could not find a publisher for more than a decade – until the first specialised American sf magazine, Amazing Stories, came into existence in 1926.  It was eventually published as a serial in 1928 and became an immediate sensation.  Smith – whose byline was initially his full name – had Ph.D appended by Amazing’s editor/publisher Hugo Gernsback and quickly became known to fans as ‘Doc’ Smith.  (Ironically, Smith’s Ph.D was in chemistry, and his most notable scientific achievement was devising a method whereby sugar clung to doughnuts.) 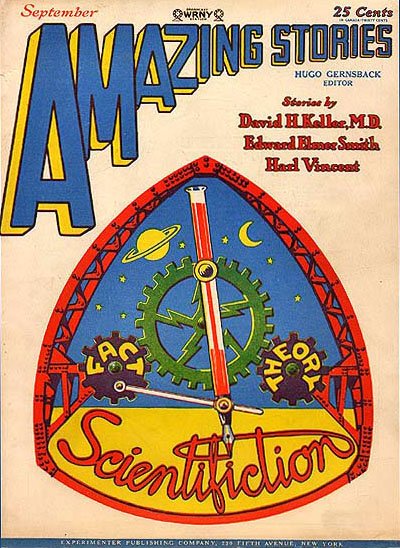 “Doc” Smith became the first superstar of the newly-fledged sf genre, and The Skylark of Space was followed by two further adventures:  Skylark Three (confusingly, the second novel) and Skylark of Valeron.  (A fourth Skylark novel, Skylark Duquesne, was not published till the mid-1960s.)

Successful as the Skylark series was, Smith’s biggest epic was still to come:  the Lensman sequence, which began in 1937 with Galactic Patrol, and which eventually ran to six main volumes (with a seventh associated book).  These were published in a limited edition box set in the 1950s, modestly titled The History of Civilization.

When John W. Campbell (Smith’s main rival as an author of galaxy-spanning space opera) turned from writing to editing at the end of 1937, and launched the ‘Golden Age of Science Fiction‘ – introducing such authors as Robert A. Heinlein, Arthur C. Clarke and Isaac Asimov – Smith’s supremacy started to recede, although his first period of popularity endured through most of the 1940s.

In the UK his books had a remarkable resurgence in popularity in the 1970s, when they were reissued in paperback with cover paintings by a new artist, Chris Foss, whose covers successfully evoked the scale and ambition of the stories.  So popular were they, that a series of posthumous sequels by other hands were published, based on scenarios written or suggested by Smith.

(Note:  the Lensman series will be republished by SF Gateway in early 2017.)

Where to start?  The Skylark quartet is – in a sense – the godfather of all wide-screen space opera up to and including modern masters like Peter F. Hamilton and Alastair Reynolds.