Phillip Mann has written a post on his blog about how new book, The Disestablishment of Paradise, came to be published (and how pleased he is about it).

Today is rather special for me.

Today Victor Gollancz have published my latest novel  The Disestablishment of Paradise. It has been a long  journey for me – indeed: it is 12 years since I published my last book, The Burning Forest, and that is a long time in any writer’s life. 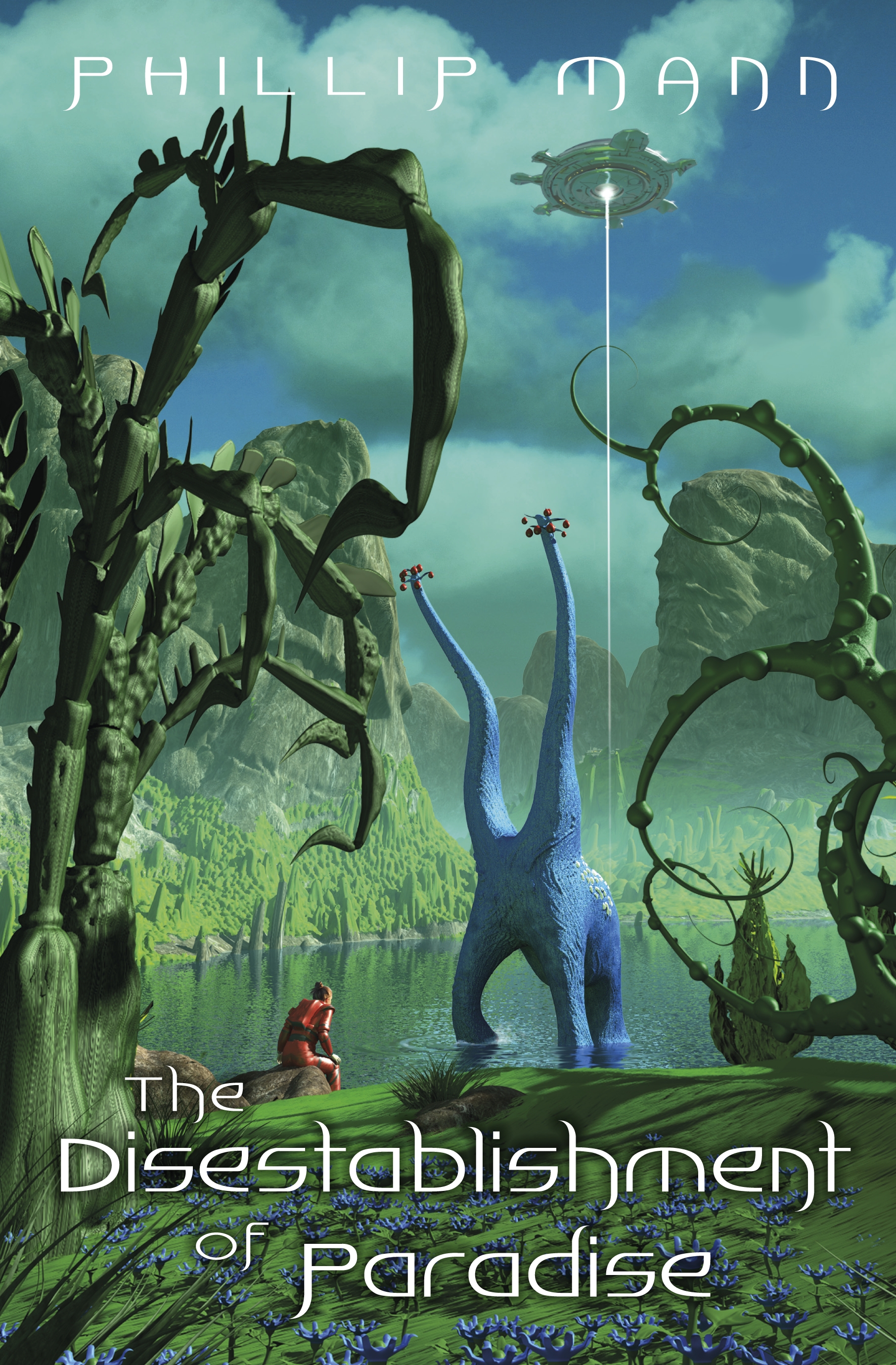 Also featuring is a lovely a bit about how he came to be published by Gollancz:

At my mother’s suggestion, I nipped down to Scarborough library to borrow a copy of  The Writer and Artist’s Handbook. The Library building has a lot of history for me as it was here that I had first encountered the Theatre in the Round under the direction of Stephen Joseph. I was also reminded as I strolled beside the shelves of the times my mother had come home, staggering under the weight of books she had borrowed, many of which had a bright yellow cover. Indeed, that yellow dust-jacket, the trademark of Victor Gollancz books, had figured prominently in my youth as a symbol of excellence. I had never read a disappointing book with that cover and I associated it with SF writers such as Robert Heinlein, Arthur C. Clarke and Clifford Simak.

And a mention of the SF Gateway and Phillip’s backlist:

One day, I received a message from, of all people, Malcolm Edwards. He had left Gollancz in the late 1980s, but was now involved again in a management role. He had heard that I had died  – from whom or from what I had no idea – but was glad to know that this news was ‘greatly exaggerated’.  He told me about SF Gateway and wondered if I would be interested. I certainly was as I had been thinking about e publishing for some time, and we agreed to meet when next I was in London.

For reasons deeply mired in narcissism and self-interest, those are our favourite bits, but we recommend you read the whole post – it’s very illuminating on an author’s view of the publishing process, both back in the ’80s and now.

The Disestablishment of Paradise is available as a trade paperback and eBook.

You can find all of Phillip Mann’s backlist on the SF Gateway, and read all about him at his author entry on The Encyclopedia of Science Fiction.

Masterworks Spotlight: The Shape of Things to Come

Gateway Welcomes the Lensmen – As They Were Meant to Be Seen!

On This Day: Richard Evans