Multi-award-winning fantasy author Tim Powers was born on 29th February, 1952 – making him either fifteen-and-a-bit or sixty-one today. Or tomorrow. Or . . . something. 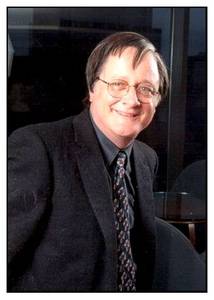 Perhaps we’re biased at SF Gateway, but there’s always seemed something inherently fantastic about the floating day of the 29th February. It’s like a mini Brigadoon, popping up every four years to wreak its mischief (no offence, Tim!) and then be gone. And it seems particularly apt that a date that spends almost all of its time hidden from view should be the birthday of an author whose career has centred around unveiling the hidden back stories of history – indeed ‘Secret Histories’ is the title of literary agent John Berlyne‘s incredibly detailed bibliography of Tim Powers‘ works (published by the excellent PS Publishing).

Whether it’s Bugsy Siegel’s Las Vegas, the Romantic poets, superspy Kim Philby or pirates in the Caribbean, Tim Powers delights in peeling back the apparently odd behaviour of historical figures and showing that, had we but know what was really going on, we would have to agree that their responses were – far from being peculiar – the only rational reactions to their circumstances. It is that magical place where revisionist fantasy, conspiracy and alternate history meet, and Tim Powers has made it his own.