It was announced today that Pope Benedict XVI has opened a personal Twitter account and was to tweet under the name @pontifex. Now, we can’t help but notice that in 1983, Robert Silverberg wrote a book called: 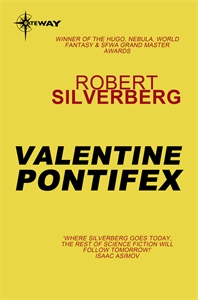 Faced with the choice between accusing the Bishop of Rome of plagiarism or inferring that he is, in fact, a closet SF fan, we’ve decided that diplomacy is the best path.

Next week: Foreign Secretary, William Hague tweets as @BilltheGalacticHero. Or . . . you know: not.

From the Archives: Editors’ Choice: A Time of Changes by Robert Silverberg