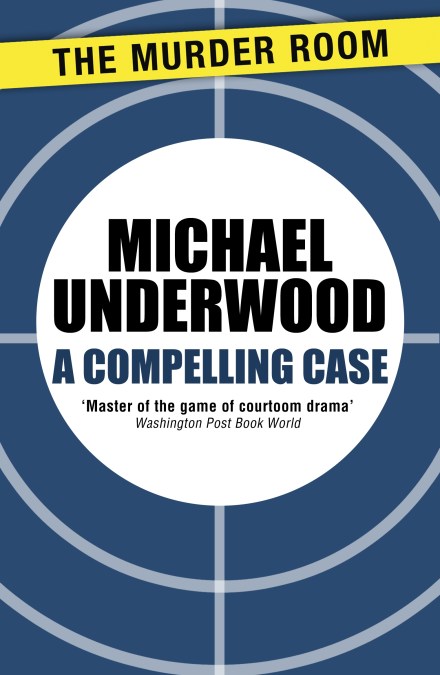 by Michael Underwood
For the police it was an open and shut case: Stephen Lumley was guilty of taking part in the robbery at his uncle’s jewellery shop. All the evidence was against him – he was unemployed and in debt, he’d made threats in the past against his uncle, Bernard Hammond, and he’d tried to escape when the other thieves fled the scene.

Yet Lumley maintains his innocence, and the only person who believes him – apart from his wife – is his lawyer, the intuitive Rosa Epton. Rosa’s efforts to learn the truth are frustrated by the elusiveness of a possible lead, so Lumley must stand trial at the Old Bailey. Undeterred, Rosa carries on her private enquiries with little success, until, that is, her lead turns up – dead.

As the police investigate, new evidence comes to light, and events take another turn when Hammond’s wife is kidnapped. 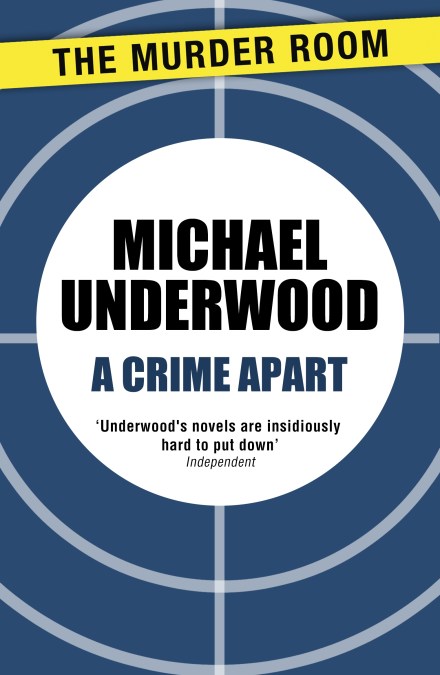 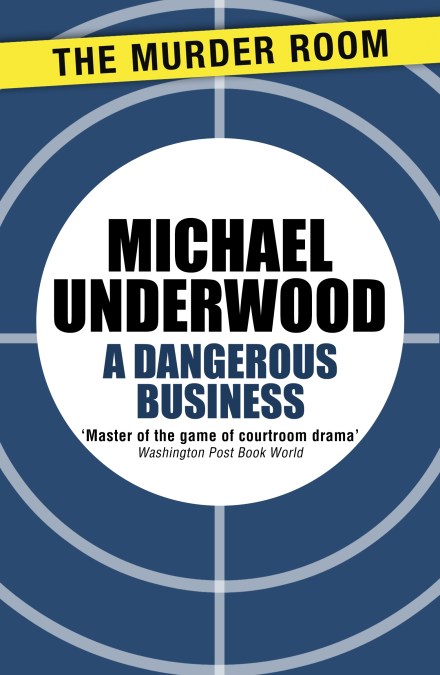 by Michael Underwood
A chance sighting in a café in Amsterdam gives solicitor Rosa Epton an unwelcome shock. At a nearby table sits an ex-client who should be behind bars, having recently been sentenced to five years in prison. So what is Eddie Ruding doing in Amsterdam a few weeks later?

On her return to England, Rosa makes a few discreet enquiries, only to draw a blank. But just as she has decided to try to put the matter out of her mind, a newspaper report shocks her into action. Eddie Ruding has been found dead, his crumpled body lying at the foot of the walls of Wandsworth Prison.

Rosa, however, is not the only person on the dead man’s trail. Everyone from inquisitive journalists to MI5 appears to be taking an interest – and none so much as the dead man’s mother, a cockney matriarch with a score to settle. 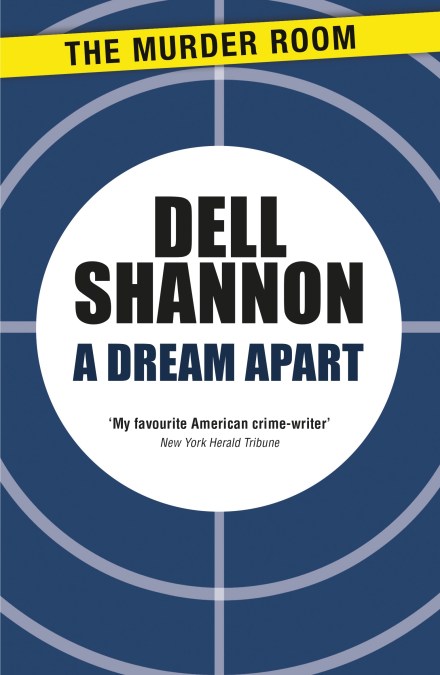 Vic Varallo and the Glendale P.D. are startled by the latest addition to their team: a woman detective no less, and a very smart one at that. Delia Riordan soon makes her mark with enthusiasm, flair and a capacity for sheer hard work.

And Riordan soon takes centre stage in the investigation of the killing of Mrs Endicott, the pastor’s mother. The pastor has confessed, in an attempt to protect his wife who believes she is the killer, and it will take all of Riordan’s womanly intuition to get to the bottom of this mystery. 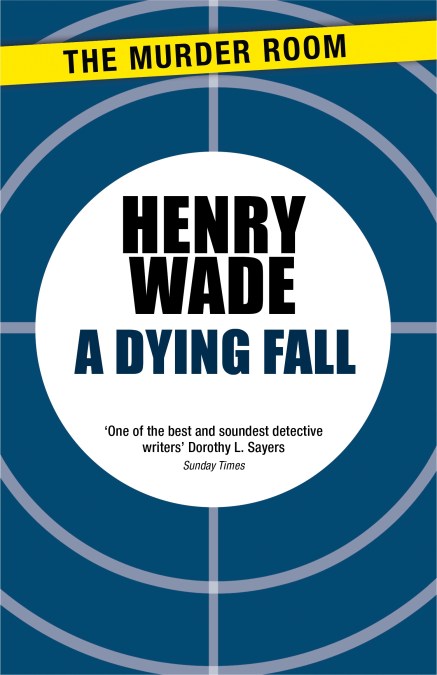 Did she fall or was she pushed? Kate Rathlyn’s death begins an investigation into blackmail and murder among the sporting set. 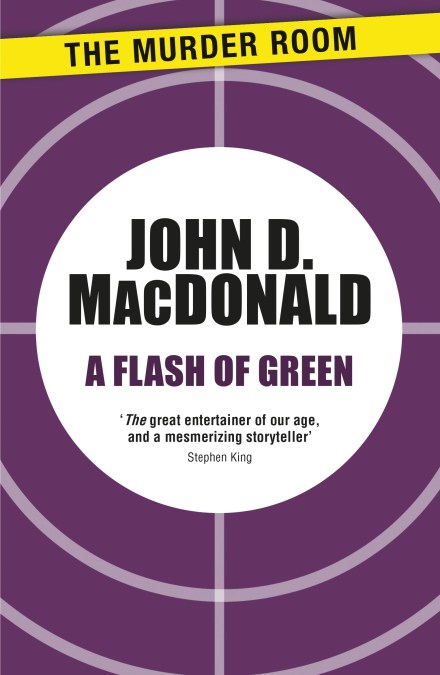 A Flash of Green

by John D. MacDonald
James Wing was only trying to help his friend’s widow. At least that’s what he told himself after he warned Kat Hubble that the beautiful bay that she and her neighbours had struggled to save was now going to be sold to developers. He knew he shouldn’t have told her anything. He was a reporter, trained to reveal nothing. But he was falling in love with her.

Political treachery and private greed had already softened up the town for the big sell-out. All that had to be done now was to silence a few stubborn citizens. Kat Hubble was one of them – and blackmail was their favourite weapon. 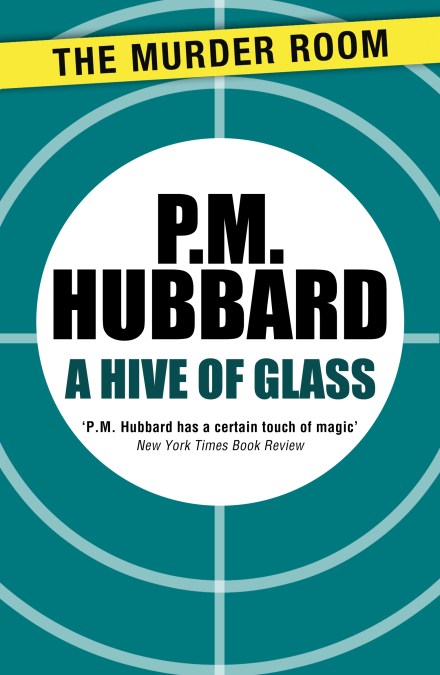 A Hive of Glass

by P. M. Hubbard
Johnnie Slade harbours an obsessive love for fine glass objects, so his interest is piqued when he sees photographs of the fabulous Verzelini tazza in a magazine. He follows its trail and finds that someone may already have committed murder to get their hands on it. If, indeed, it ever existed. And what is the relevance of the entry in the dead man’s diary that reads ‘Dunstreet’?

Johnnie finds out what it means – and he also finds Claudia. But his pursuit of both the tazza and the girl are complicated not only by Claudia’s blind and autocratic Aunt Elizabeth, but also by the dawning realisation that he is not alone in his quest. And death, of course, is just around the corner. 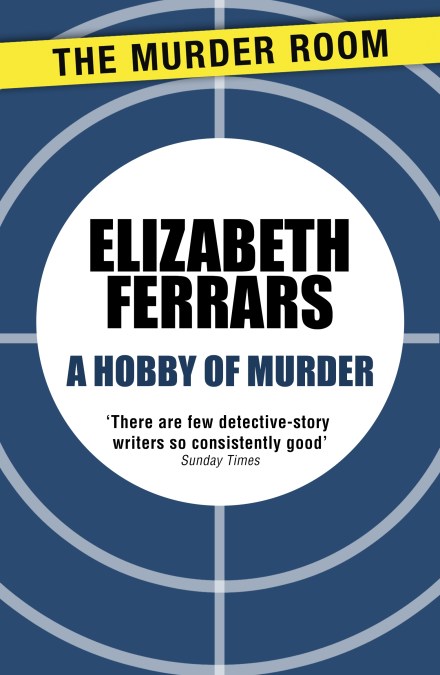 A Hobby of Murder

by Elizabeth Ferrars
Retired professor Andrew Basnett had been at a loose end since he’d finished writing his book, and a country visit with friends seemed just the diversion he needed.

But when seven friends gather to welcome him to their village, conviviality soon turns to crime as guests suddenly start dying – and Basnett finds himself seeking a clever killer who is sure to strike again.

‘Her fans will love it’ Kirkus Reviews 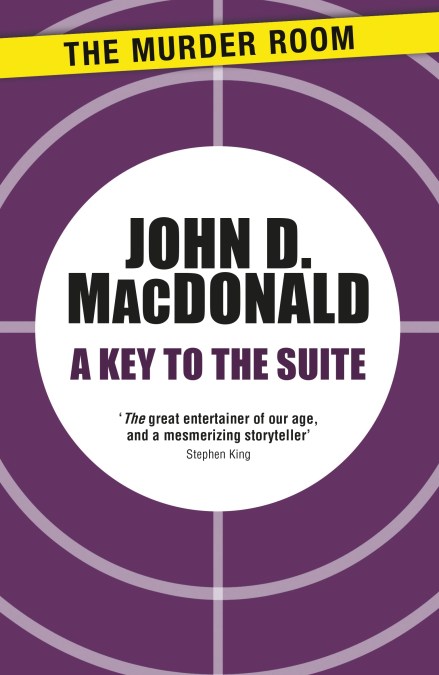 A Key to the Suite

by John D. MacDonald
Corporate hatchetman Hubbard is on his way to an industry convention to carry out a termination – a fancy way of saying he’s about to toss a man and his family out in the street. But the convention is a modern Sodom of cheating husbands and ambitious wives, ready to put out as much as necessary to ensure their husbands’ jobs – and a plan is afoot to smear Hubbard … 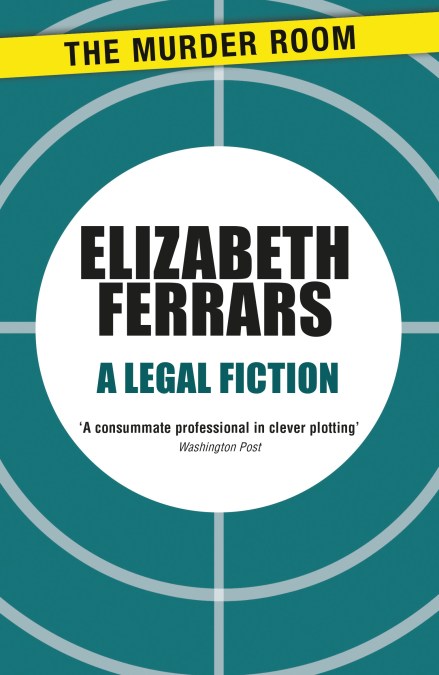 by Elizabeth Ferrars
The ‘Decayed Gentlewoman’, Colin and Ginny had called her as children – a disregarded painting badly in need of cleaning, which later vanished.

But the ‘Decayed Gentlewoman’ re-entered their grown-up lives with a bang. The manner of its reappearance sparked a train of suspicion about the true nature of past events. And now Dr Colin Locke, with his childhood emotions vividly reawakened, finds himself drawn into a maze of theft, legal complexities and murder. 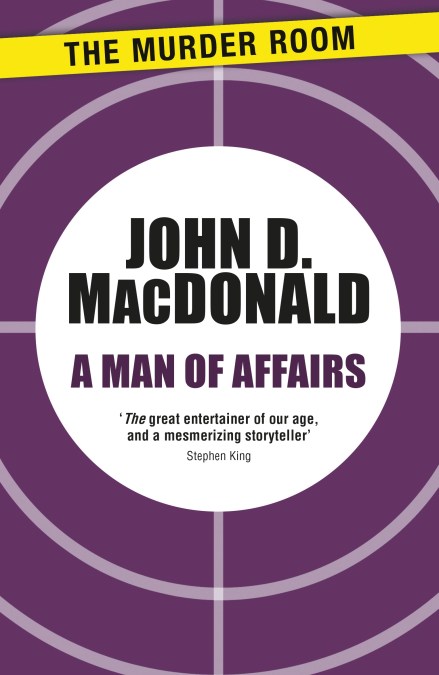 A Man of Affairs

McGann’s spoiled offspring, Tommy and Louise, saw the chance to make instant big bucks by selling out their shares. But Sam Glidden couldn’t stand to see everything he’d worked for gobbled up by a barracuda like Mike Dean. So he wangled an invitation to the sand-and-surf soiree Dean planned for Louise and Tommy in the Bahamas … 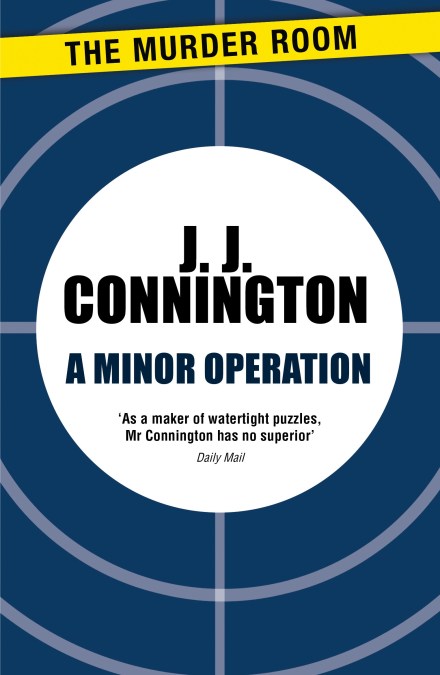 by J. J. Connington
There was blood on the drawing-room floor and Hazel Deerhurst had disappeared wearing slippers over walking shoes, two pairs of stockings and a bright silk kimono.

First investigations shed interesting light on Hazel. A mysterious machine is found at her home, some paintings and a cryptic telegram. She was also secretary to a man whose secrets involved the future of the empire. Is she victim or villainess?