As noted yesterday, we’re spotlighting the authors whose Gateway offerings have been expanded as a result of the recent integration of classic SFF titles from across the Hachette Group of publishers. Following Monday’s look at Arthur C. Clarke, we move onto another of the Big Three.

Today, it’s the SFnal contradiction-in-terms, was-he-a-fascist-or-was-he-a-hippy, Dean of Science Fiction, Robert A. Heinlein.  While the politics of Heinlein’s fiction can (and probably will!) be debated forever, his influence and importance to the field is unquestionable, and we are delighted to be able to flesh out our Heinlein offering by adding – Hugo-winners, all – The Moon is a Harsh Mistress, Starship Troopers (which more or less invented military SF) and Stranger in a Strange Land (a seminal text of the counterculture movement in the ’60s). 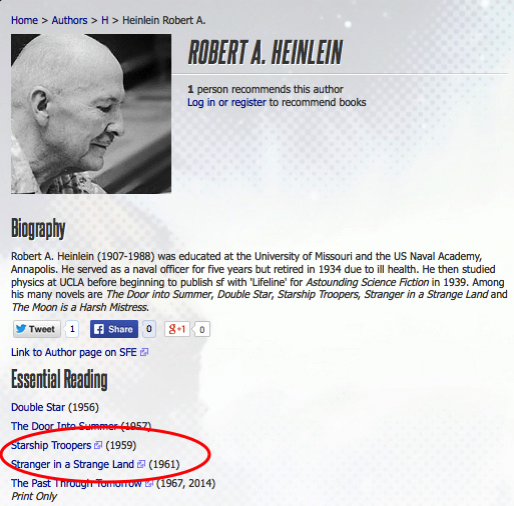