Jack Vance began to make his mark in science fiction in 1950 and 1951, when I was a highly impressionable teenager gobbling up every issue of every s-f magazine as fast as I could find them on the newsstands – Astounding Science Fiction, Thrilling Wonder Stories, Startling Stories, Marvel Science Stories, and others of equally gaudy names.  I read them all, every word.  And gradually I began to pay special attention to one writer in particular, this man Vance. 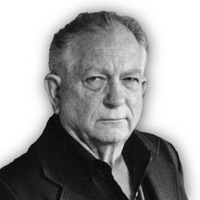 His earliest stories, in the late 1940s, were clever but negligible pieces, most of them about an ingenious con man named Magnus Ridolph. But then came “New Bodies for Old” in Thrilling Wonder in the summer of 1950, “The Five Gold Bands” a few months later in Startling, and – the one that really bowled me over – a little paperback volume at the end of the year, The Dying Earth, made up of half a dozen dazzling short stories set in an unimaginably distant future era of wizardry and vengeance, rich with images of decay and decline, tumbled pillars, slumped pediments, crumbled inscriptions, the weary red sun looking down on the ancient cities of humanity.  After which came a torrent of brilliant novelettes and novellas – “Telek,” “Big Planet,” “Planet of the Damned,” “Abercrombie Station,” “The Houses of Iszm,” and on and on and on.  By the time Vance’s masterly novel To Live Forever appeared in September, 1956, I had come to regard him as one of the supreme masters of the s-f field, an opinion that I have never had reason to change.  There was a breadth of vision in his work, a philosophical density, that set it apart from most of what was being published then, and his sense of color and image, his power to evoke mood and texture and sensory detail, gave his work overwhelming impact.

In time I became a professional writer myself, and Vance’s books and stories came to exert a powerful influence over my style and narrative approach, something that a good many of my contemporaries in the field would also say about their own work.  In time, too, I met him – a burly, irreverent, boisterous man, not much like the austere, bookish sort I had imagined him to be – and a few years later I found myself living in the San Francisco Bay Area, just a couple of hilltops away from the secluded and rustic house that he had built with his own hands.  We became friends, and sustained that friendship over more than forty years; and I think our friendship came to have great importance to him as time went along and he lived on and on to a vast age and death robbed him of his friends of an earlier generation, Poul Anderson and Frank Herbert and others whose names mean little today, and as encroaching blindness rendered him housebound and deprived him of new input from the world beyond his home.

So every now and then I would make the short drive over to his house, and we would sit around his round dining-room table swapping tales of editors and agents and writers and fans while the single-malt Scotch flowed freely.  Or we would argue about jazz –Jack being an advocate of the earliest Dixieland, and I inclining toward the cooler, quieter jazz of later decades, for which he seemed to have only scorn.  Or we would discuss politics, an area where Jack held some startling views that he expressed with unforgettable pungency.  And sometimes he would play his ukulele for me, or his kazoo, or both at once, and I would listen with appreciation and amusement.

We were friends, yes, and colleagues, two veteran writers, each of whom held a high opinion of the other’s work.  But one thing I never told him was that as I sat there with him, friend and colleague and fellow Grand Master and all of that, I still carried within me memories of that impressionable teenage boy who had felt such keen delight as he read The Dying Earth and To Live Forever and all those great novelettes and novellas half a century earlier – and that sometimes I would forget that I was 70-something now, with a long career behind me, and he was 90-something, with an even longer career behind him. At such times I would feel like that boy of long ago once again, and some part of me would be overwhelmed with awe and wonder at the thought that I was actually sitting across the table from that master writer, that idol of my youth, that astounding creator of unforgettable worlds – Jack Vance.

This appreciation first appeared in Locus magazine, the newspaper of the science fiction field, and appears here courtesy of Robert Silverberg.