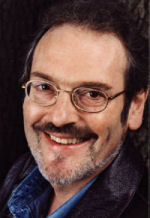 It’s three years ago, today, that Robert Holdstock passed away. Some four months after the publication of what would be his final novel – fittingly, a Ryhope Wood tale – the fantasy genre lost one of its modern masters, and those of us who were lucky enough to know the man as well as the books, lost a great friend.

In 2010, the British Fantasy Society posthumously gave him the Karl Edward Wagner Award for Special Achievement, and earlier this year the same body announced that its best novel award would henceforth be split into two categories: the August Derleth Award for Best Horror Novel and the Robert Holdstock Award for Best Fantasy Novel. I can’t think of a better candidate to be permanently associated with the best in British Fantasy.

I’ll be raising a glass to Rob, this evening, in memory of great conversations over burgers and Belgian beer, and I’m sure many of you will be remembering him in other ways – not least, by reading or re-reading his wonderful books – but I leave you with this rather haunting tribute I found while gathering links for this post:

The riders had gone, clattering up the path to the castle and the woods beyond. But long after the pyre had burned to ash the boy was still crouched within the shrine cave, following with his gaze the trail of the drifting smoke, out across the forest, to the distance, to the setting sun, to the unknown regions of the west.

He wondered how to journey there.