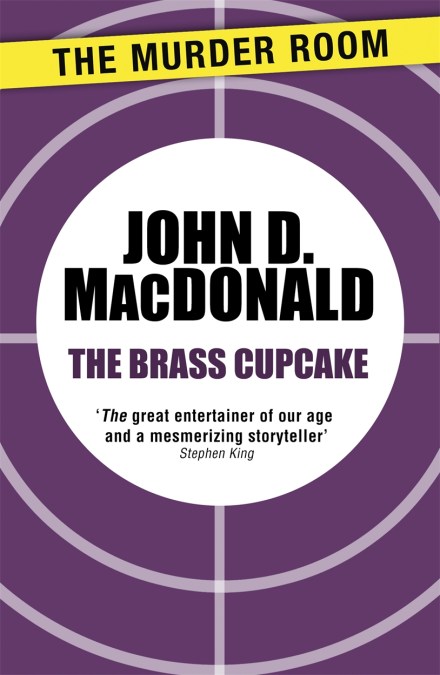 It falls to hardboiled ex-cop Cliff Bartells to find the killer, retrieve the jewels and console the decedent’s niece and only heir, beautiful and headstrong Melody Chance. But complicating Bartell’s best efforts is a local police force that proves to be less than cooperative. 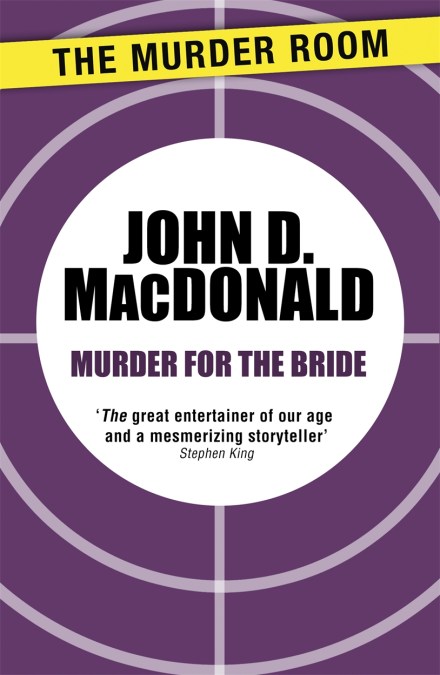 Murder for the Bride

by John D. MacDonald
Dillon Bryant, a successful engineer, is off on assignment after finishing his honeymoon. But news from home comes that his new bride, Laura, a beautiful woman whom he had met only weeks before proposing marriage, is in deep trouble.

By the time he gets to her, Laura has been murdered. Filled with grief and rage, he cannot leave it up to the police to solve the case – he wants his own kind of revenge against the killer … 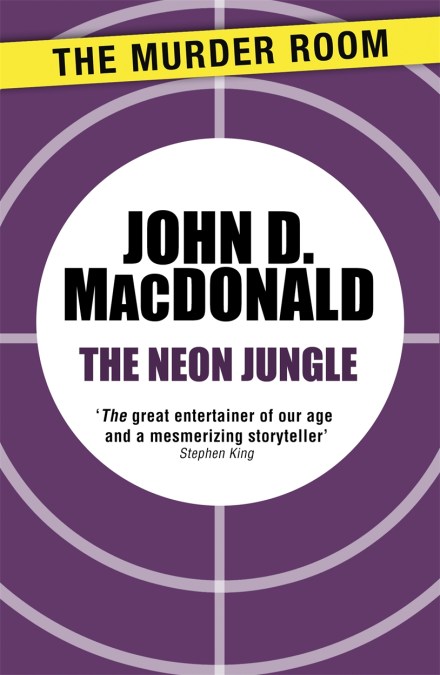 by John D. MacDonald
The Varaki family run the local grocery store, but tragedy hits the family hard. The sudden death of the matriarch of the clan is followed by the favourite son’s death in Korea. The teenage daughter falls in with a bad crowd and there’s also the other son, Walter, who has been dipping into the till to fund his escape from Doris, his sharp-tongued wife. Then there are the villains … 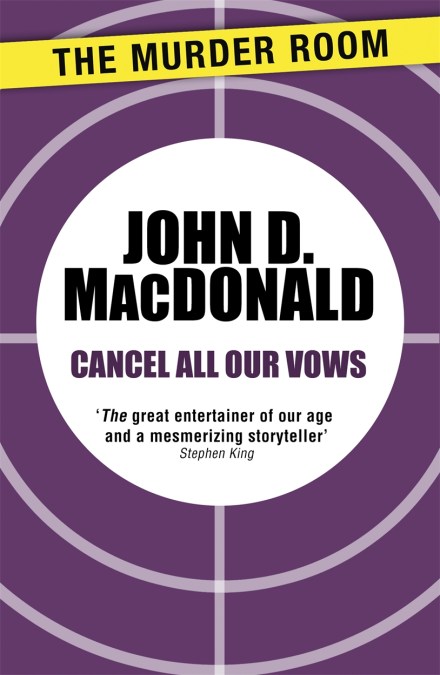 Cancel All Our Vows

by John D. MacDonald
Fletcher Wyant and his wife Jane had been married for fifteen years. They had built the perfect marriage – two wonderful kids, a warm beautiful home, and their own private never-ending love affair.

Fletcher thought he knew Jane completely. No dark secrets. No hidden past. Then one hot summer week everything changed. And suddenly, brutally, Jane became a cold stranger. 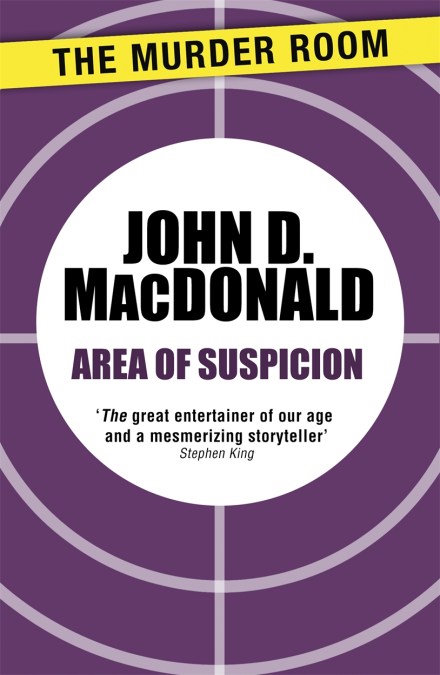 by John D. MacDonald
Four years ago Gevan Dean found his fiancée Niki Webb in his brother Ken’s arms and fled his hometown for a peaceful life in the Florida sun. But now Ken is dead – murdered by a thief, the police say – and Gevan is desperately needed to keep their company, Dean Products, from falling apart.

Everywhere Dean turns he finds only questions and confusion. But he doesn’t suspect the truth behind Ken’s murder or the real goings-on at Dean Products until the stakes get too high to ignore – and the truth explodes violently in his face … 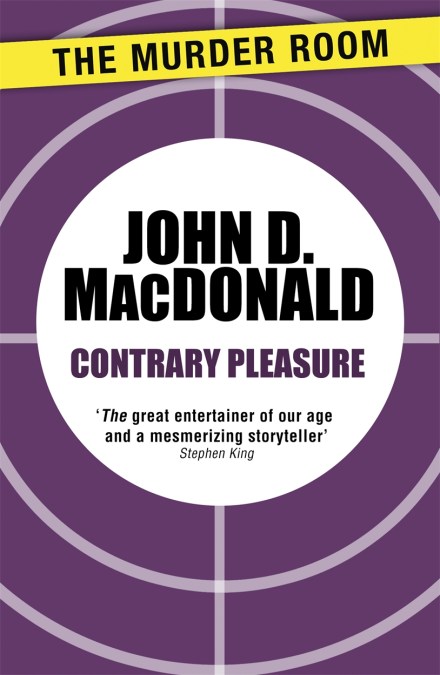 by John D. MacDonald
For years the Delevan family image reflected only the best of everything – wealth, position, influence, and the kind of expensive good looks that take generations to cultivate. No one dared suspect that their glittering façade, their cherished privacy masked hidden lusts, furtive pleasures and twisted dreams that would soon erupt into a pattern of strange violence that threatened to destroy them all. 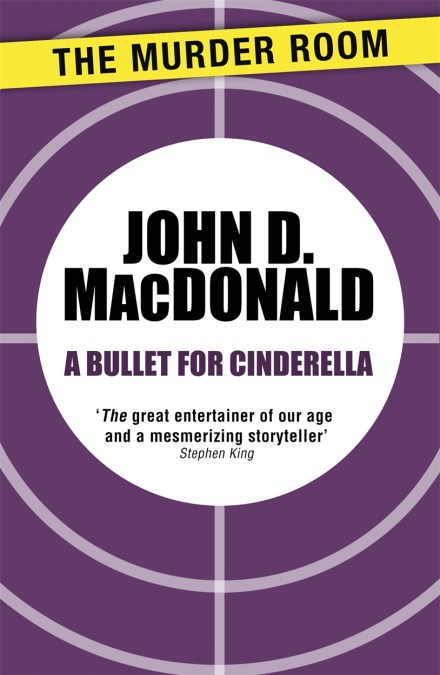 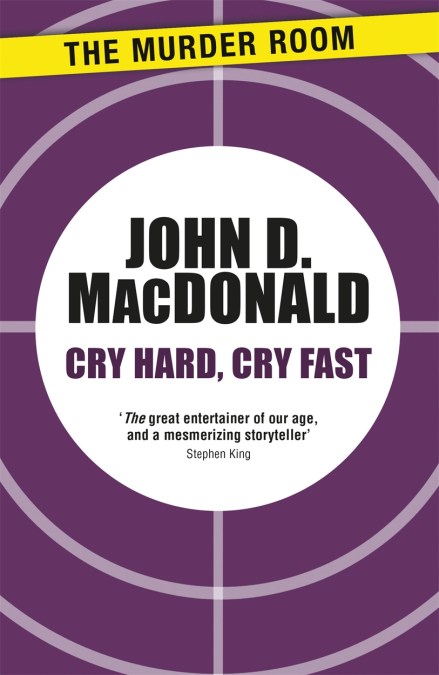 by John D. MacDonald
A gunman on the run, a seventeen-year-old girl on a family vacation, a jaded working girl, a guilt-stricken widower, an abandoned mistress. All heading fast down a route to sudden death. Then for one horrifying instant their lives are frozen in time, when a Cadillac drives at speed into oncoming traffic.

Lives are lost, and those that survive must endure a violent sequence of events that ensure life will never be the same again – for any of them. 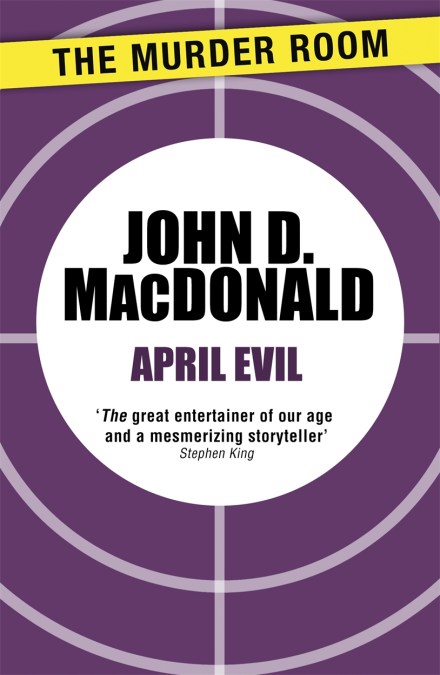 by John D. MacDonald
The stage was set. Harry Mullin had hit town first. But he had just made the FBI’s Ten Most Wanted list, and he was a little nervous about being seen. With him at the rented house where they planned to case the job was a girl named Sal.

Then the Ace turned up. He’d been good in his day but had lost something in the guts department. But the last one in town was Ronnie. Ronnie had killed 12 men and two women in seven years and had gotten to like his job – maybe a little too much … 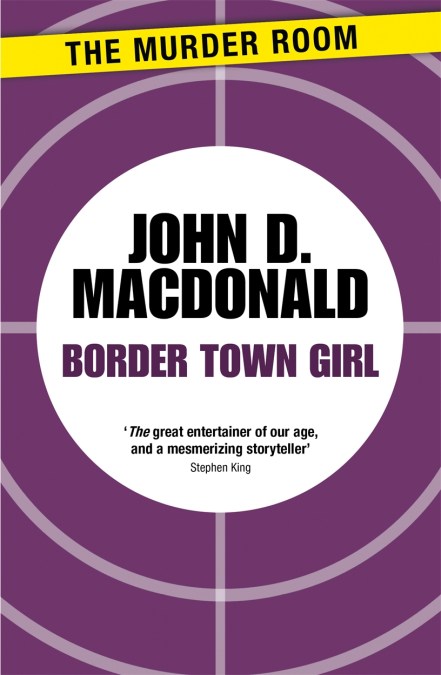 Once, Lane Sanson had been a Somebody – war correspondent and a bestselling author. Now he was a Nobody, bumming around Mexico. Lost, lonely, hungry for hope, he was a pushover for a border town B-girl – the perfect fall guy for a lethal frame up . . .

She was born with the morality gene missing. As beautiful, as inviting, as treacherous as the sea around her, Linda is one of the most compelling women ever created by John D. MacDonald. 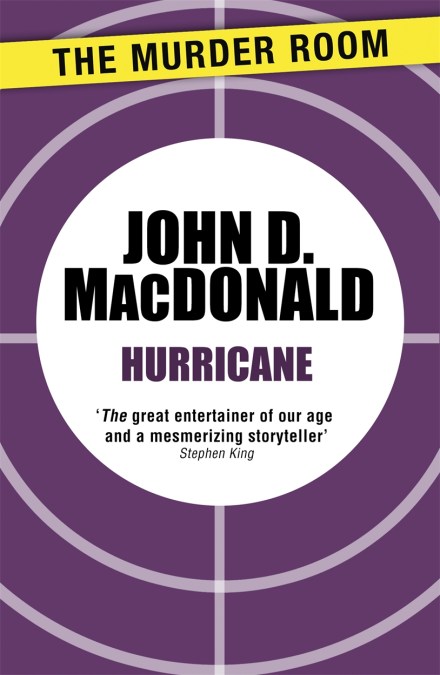 by John D. MacDonald
A hurricane of terrifying intensity is looming over Florida. Along a state highway, a handful of foolhardy souls trying to outrun the storm are forced to seek shelter in an abandoned house. Thrown together by nothing more than chance, this disparate bunch of misfits includes an undercover agent seeking revenge for a personal tragedy, a burgeoning criminal in over his head, a beautiful young widow trying to start over, and a businessman whose life’s work is crumbling before his eyes. Their refuge from the awesome power of nature becomes a sort of grand and grisly hotel – especially once the invisible hand of flying death descends. 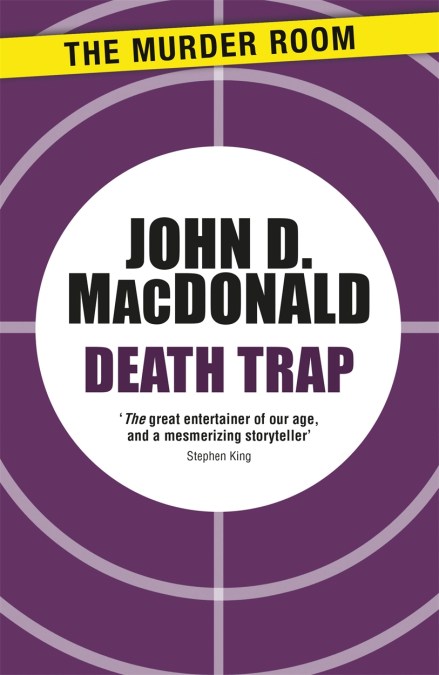 by John D. MacDonald
In life, Jane Ann never had much use for a halo, but in her violent death she finally earned one. When they found a suspect, everyone relaxed except Hugh MacReedy.