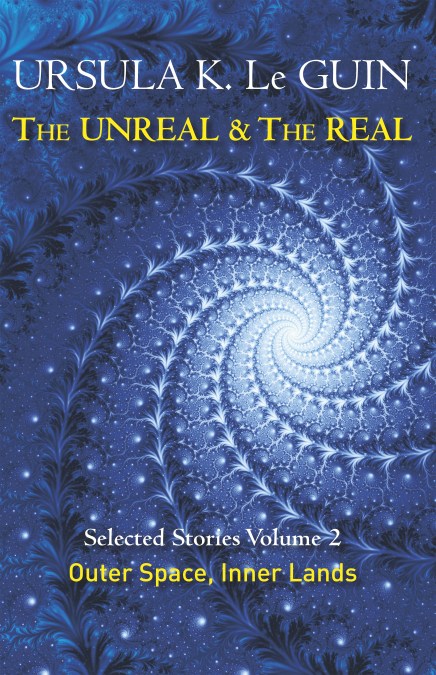 The Unreal and the Real Volume 2

‘Le Guin is a writer of enormous intelligence and wit, a master storyteller with the humor and the force of a Twain’ BOSTON GLOBE

‘Her stories will pass into legend, to touch many generations to come’ GUARDIAN

THE UNREAL AND THE REAL is a two-volume collection of stories, selected by Ursula Le Guin herself, and spans the spectrum of fiction from realism through magical realism, satire, science fiction, surrealism and fantasy.

Volume Two, OUTER SPACE, INNER LANDS, showcases Le Guin’s acclaimed stories of the fantastic, originally appearing in publications as varied as AMAZING STORIES, PLAYBOY, the NEW YORKER and OMNI, and contains 20 stories, including modern classics such as the HUGO AWARD-winning ‘The Ones Who Walk Away From Omelas’, NEBULA-nominee ‘Nine Lives’; JAMES TIPTREE, JR MEMORIAL AWARD-winner (and HUGO and NEBULA-nominee) ‘The Matter of Seggri’; NEBULA AWARD-winner ‘Solitude’; and the secret history ‘Sur’, which was nominated for the HUGO AWARD and included in THE BEST AMERICAN SHORT STORIES.