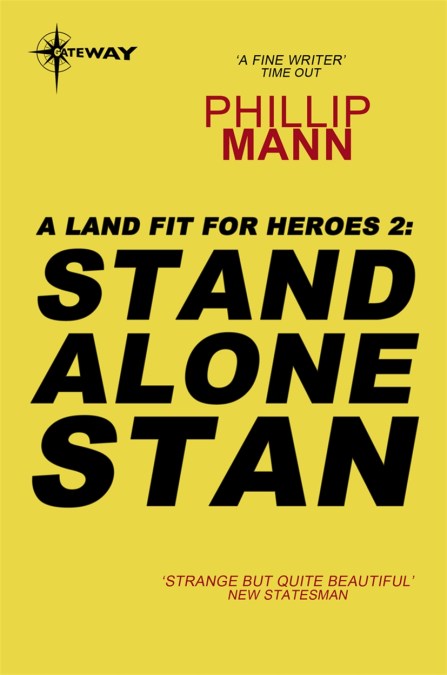 by Phillip Mann
Britannia, 1993.
In a world where the Roman legionaries never left Britain a man can walk from the walls of York – or Eburacum – to the southern seas without leaving the shade of the greenwood, inhabited by wildcats, wolves and bears, as well as the descendants of the folk who built Stonehenge. Solar-powered air cars journey along straight roads that connect them to the Roman settlements – and link them to the cities of a global empire.

When a jealous feud forced three young people into the forest, they discovered an older Britain, where the rules of rational Rome no longer applied. But now their sanctuary has been besieged and they are once more on the run. Their destination this time is Stand Alone Stan, a community built around an ancient standing stone high on the Yorkshire Moors. And it is here that their paths must, at last, diverge, and we begin to suspect the very different destinies that await them.

Stand Alone Stan is the second volume of A Land Fit for Heroes.