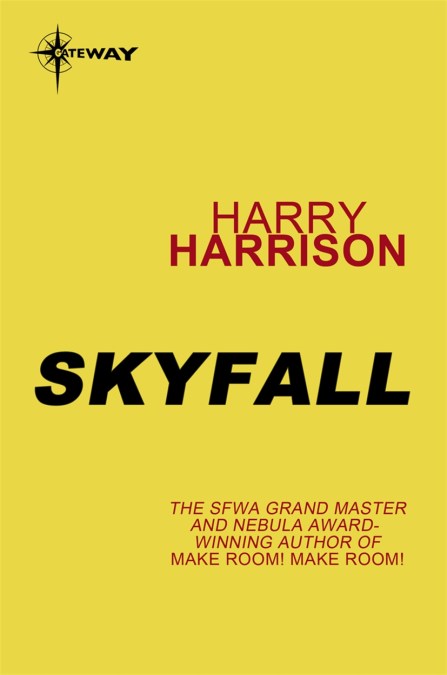 by Harry Harrison
The largest spaceship ever made is hurtling overhead, falling. Six people are trapped inside with no escape. If it strikes the Earth it will explode with the force of an atomic bomb; what can be done?

The mighty 2,000-tonne Prometheus is the largest piece of space hardware ever launched – a joint Soviet-American project to harness solar energy before the power resources of the world run out. But politically and technically the project is doomed, and the nerve-racking predicament of the crew of six shrinks to nothing beside the horrifying destruction which threatens hundreds of thousands of people if no way can be found to move the satellite from it’s ever-decreasing orbit towards Earth . . .

Skyfall is a tale of incredible terror, giving a foresight of the global disaster which could one day become reality.