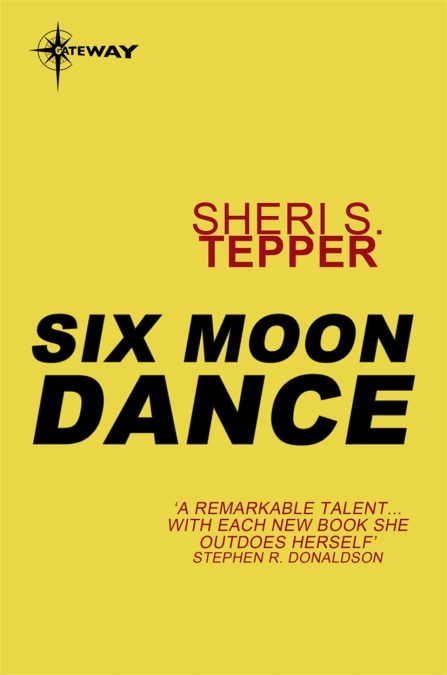 by Sheri S. Tepper
It was many, many years ago that humans came and settled the world of Newholme – cruelly bending the planet to their will; setting down roots and raising up cities and farms and a grand temple to their goddess.


But now the ground itself is shaking with ever-increasing violence. And the Greatest Questioner, official arbiter of the Council of Worlds, has come to this isolated orb to investigate rumours of a terrible secret that lies buried deep within Newholme’s past – a past that is not dead, not completely. And it will fall to Mouche, a beautiful youth of uncommon cleverness and spirit, to save his imperilled home by discovering and embracing that which makes him unique among humans.

For every living thing on Newholme is doomed, unless Mouche can appease something dark and terrible that is coiled within, and surrender to the mysterious ecstatic revelry that results when the six moons join. 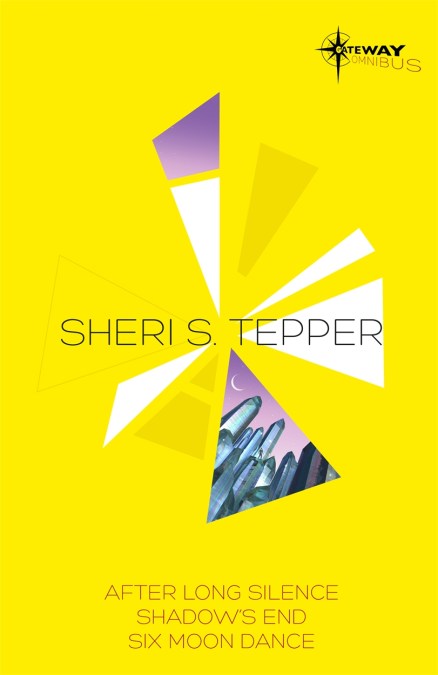