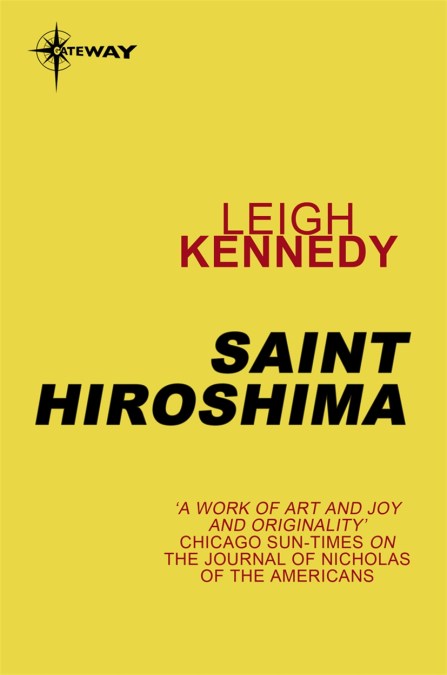 by Leigh Kennedy
As a boy Phil Benson tried to summon up an enthusiasm for baseball. He could see that his real passion, classical music, was considered somehow subversive – not really American. That is why Mr Tackett’s became such a haven for him. Away from the uninspiring pitch and the disapproving ear of his father at home, Phil found at his piano teacher’s a sanctuary for his musical conspiracy with the universe to flourish.

Katie Doheney was the victim of another sort of conspiracy – or so she was convinced from the first brush of her childhood logic with the real-life spectacle of death in a road accident and the image of the Hiroshima mushroom on television. The threat of nuclear holocaust stalked Katie’s every moment. Meanwhile Katie stalked Phil Benson.

By the time Phil was ready to go East and make everyone proud of him, no ordinary bond had grown up between Katie and himself. They understood each other’s obsessions. Phil’s keyboard was Katie’s bomb shelter and from Cuban missile crisis to the raid on Tripoli the curious duet played on.

Leigh Kennedy’s disarming and irresistible novel follows Katie into unlikely matrimony and Phil into the arms of a gun-toting St Louis actress. But that’s the least you would expect from two people who alone, as far as we know, have already been through World War Three.