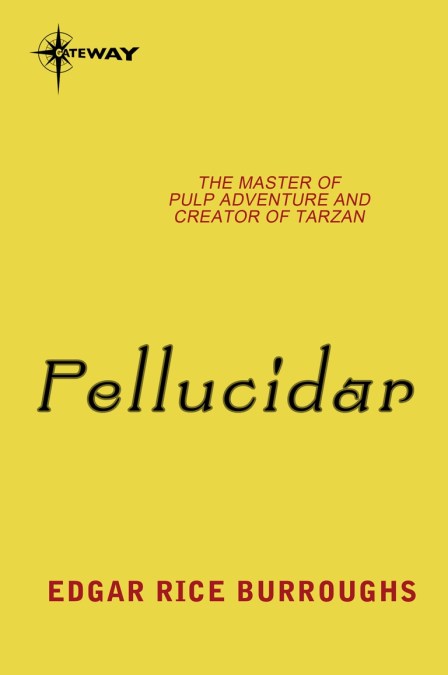 by Edgar Rice Burroughs
In this sequel to At the Earth’s Core, return to the world of Pellucidar – an exotic, savage land at the centre of our Earth, an untamed wilderness where time stands still. When American explorer David Innes first discovered Pellucidar, he fell under the spell of the strange world, earning the respect of many, the undying hatred of a few, and the love of the beautiful Dian. Torn from the arms of Dian by trickery, Innes vows revenge and returns to the Inner World in his most exciting adventure to date. But David Innes appears in Pellucidar far from the land of his beloved and is forced to cross a fierce, unyielding world to reach her. Inne’s epic journey through the many strange lands of Pellucidar, including the brilliantly conceived pendant moon and Land of Awful Shadow, and his heart-pounding encounters with prehistoric beasts and strange peoples ranks as one of the best adventures ever penned by Edgar Rice Burroughs. 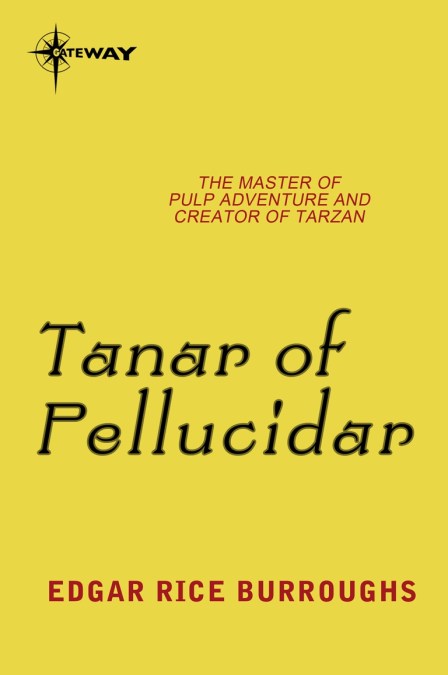 by Edgar Rice Burroughs
Pellucidar – the hollow center of the Earth, a land of savage men and prehistoric beasts – is the scene of this exciting novel.


In Pellucidar dwell the Buried People; here is the Land of Awful Sorrow; here the terrible Korsars terrorise the oceans, while dinosaurs and saber-tooth tigers terrorise the lands.


This is the story of Tanar, a young chief, and the cave girl Stellara, and of their struggle for survival against a myriad dangers. 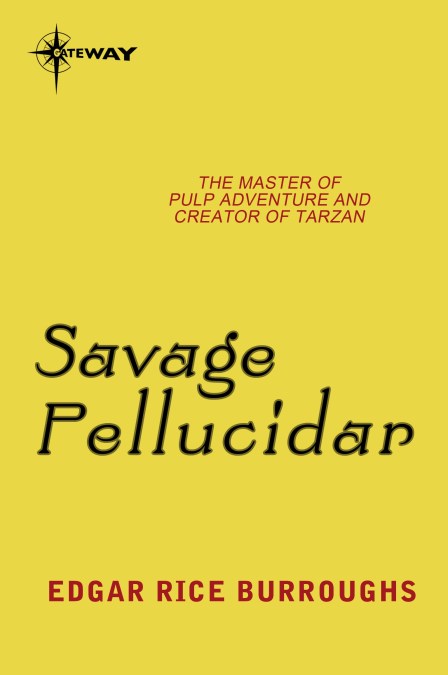 by Edgar Rice Burroughs
Two explorers from the Earth’s surface had carved themselves an empire at the Earth’s core – Pellucidar.

The dangers were many. Untamed tribes and vicious beasts were a constant peril, and there were times when the lives of the surface-men were at stake. But, just when things seemed hopeless, they came up with a trump card – a new weapon.

What they didn’t realize was that it was a weapon that could bring its makers to the brink of disaster. 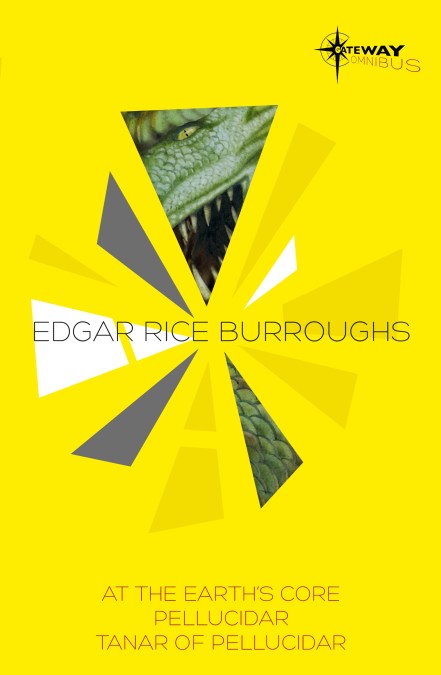 The son of a Civil War veteran, Edgar Rice Burroughs was a prolific writer for the early pulp magazines. Famous the world over as the creator of Tarzan – and in SF circles for his Martian tales featuring John Carter – Burroughs is a household name. But there was more to him than apemen and four-armed Martians! This omnibus collects his tales of the world within a hollow Earth: At the Earth’s Core, Pellucidar and Tanar of Pellucidar. 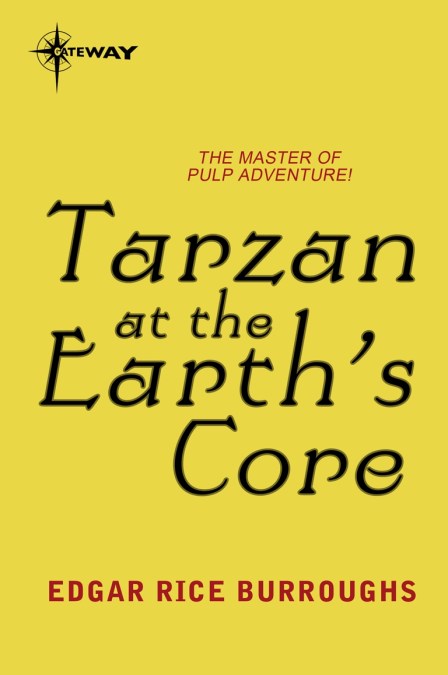 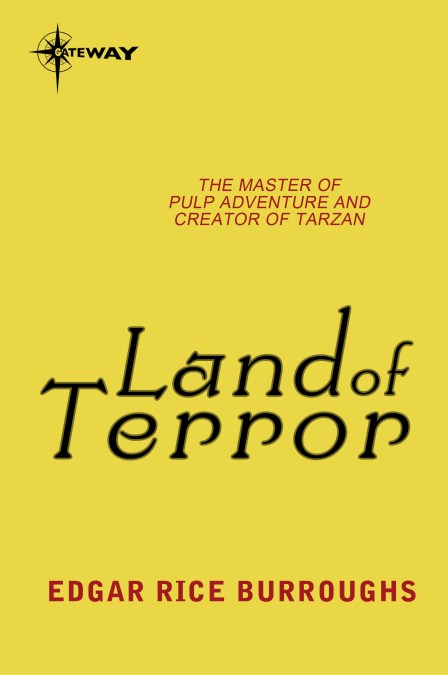 by Edgar Rice Burroughs
If you have ever wondered what a civilized man of the twentieth century would do if catapulted into an Old Stone Age where huge cave bears, saber-toothed tigers, monstrous carnivorous dinosaurs, mammoths, and mastodons roamed the savage terrain, you need look no further thanLand of Terror, the sixth installment of Edgar Rice Burroughs’s Pellucidar series. Years ago David Innes and Abner Perry bored straight down through five hundred miles of the earth’s crust and landed in Pellucidar, the savage, primeval world that lies at the center of the earth. This is the story of their continuing adventures in the timeless land of perpetual noon and their encounters with the hideous creatures and savage men who pursue them. Although they encounter enemies at every turn, David and Abner find a few loyal friends as they embark on exhilarating adventures. 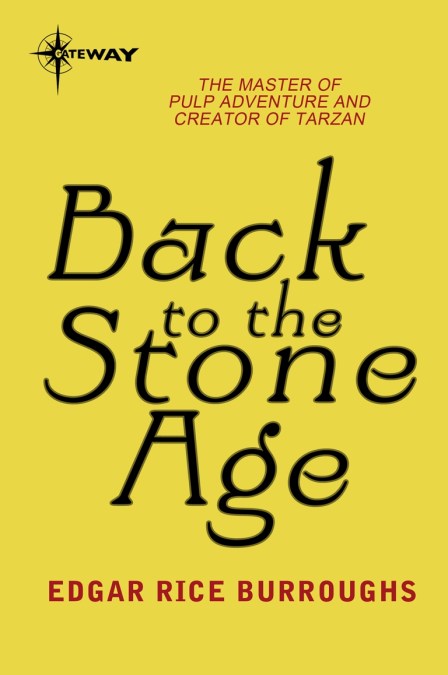 Back to the Stone Age

by Edgar Rice Burroughs
Five hundred miles beneath the surface of the Earth lies another world-a world of eternal day and endless horizons, in which dinosaurs still roam and cavemen hunt and terrors forgotten in the outer world still survive.
Lieutenant von Horst, member of an exploring expedition, was left behind in this lost land of Pellucidar. BACK TO THE STONE AGE is the thrilling story of his perilous adventures, along with the cavegirl he loved, in that primitive unknown world. 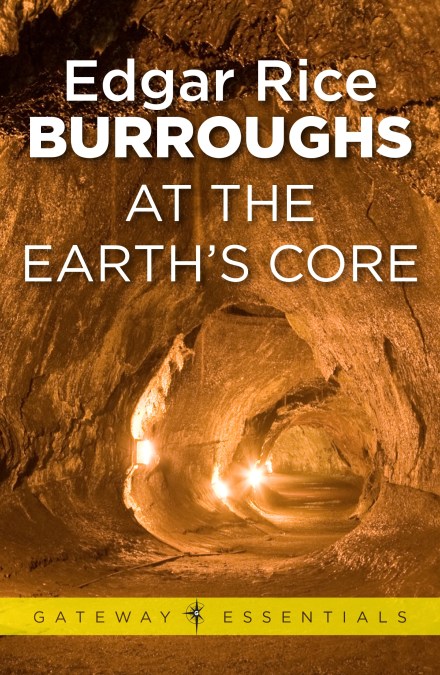 At the Earth's Core

by Edgar Rice Burroughs
When Abner Perry invents a vehicle that essentially drills through the earth, he takes it to his good friend (and independently wealthy man about town) David Ennis. And what else can they do? Drill down into the earth, of course. What they find there isn’t what we’d expect: it’s an inner world called Pellicidar, a place where the sun neither sets nor rises – because what appears to be the sun is no sun at all, but the molten core of the earth. Pellucidar is a great fun fantasy world, full of dragons, apes, and reptiles and Weird Things. It’s ruled by sorcerous royalty (the princess falls in love with Our Hero, of course) and of course our heroes end up hip-deep in dragons…