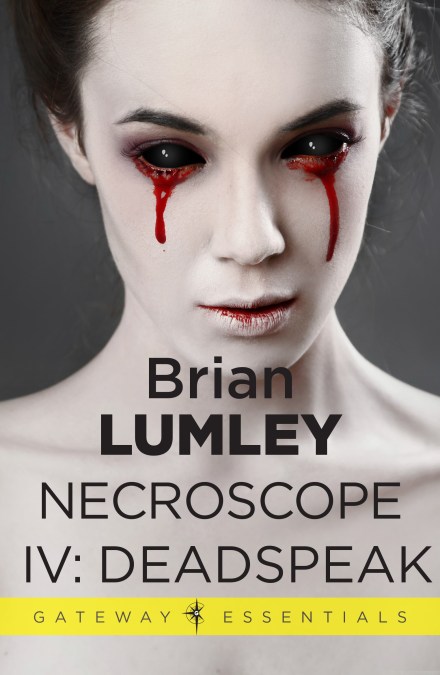 by Brian Lumley
When vampires stalk among us . . .

Robbed of his supernatural powers, Harry Keogh is back from Starside, the vampire sourceworld. A mere man again – denied access to the metaphysical Möbius Continuum, no longer able to communicate with the dead – now he must rebuild his life in a world made safe only through his efforts. But safe for how long?

E-Branch, Britain’s mindspy organisation, wants Harry back with his invaluable talents intact. Likewise the Great Majority, his countless dead friends across the world, who know that he’s needed as never before. For the old thread has risen anew!

Crumbling in their graves, the teeming dead fear for Harry. If the ex-Necroscope can’t find and destroy the last of the Ferenczys, that nightmare vampire dynasty, they know that the vampire will find him. He must regain his powers – or risk becoming a vampire himself, undead for ever . . .