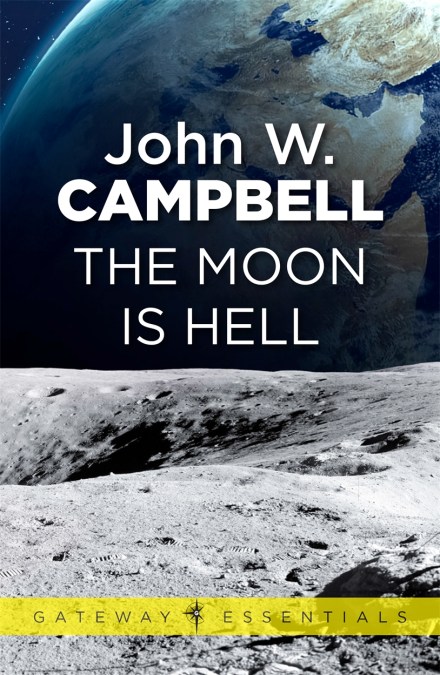 The Moon is Hell

The Moon is Hell is this great writer-editor’s vision of the first men on the moon – written 18 years before Neil Armstrong made history. This is the story of the American space programme – not as it happened, but as it might have been. 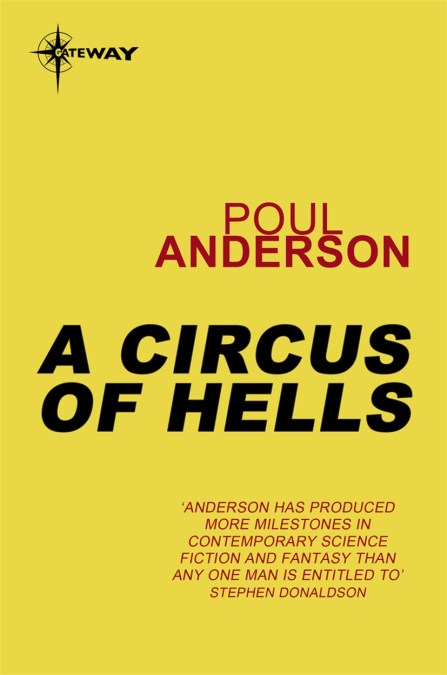 A Circus of Hells

by Poul Anderson
Ace Lieutenant Dominic Flandry was not a man easily swayed from his duty to the Empire; not, that is, until galactic vice king Leon Ammon offered him a million-credit bribe, a voluptuous woman called Djana, and a chance to explore a dark and treasure-laden moon.

Yet within the desolate peaks and valleys of that strange world of ice and shadows, Flandry found more than he had bargained for. Supposedly barren, the planet swarmed with a hideous race of strange, inhuman creatures, infernally controlled by a deranged and brilliant computer brain. Each, like a piece in a bizarre and vicious chess game, was programmed to kill. And although Flandry did not know it – so was the woman he loved.