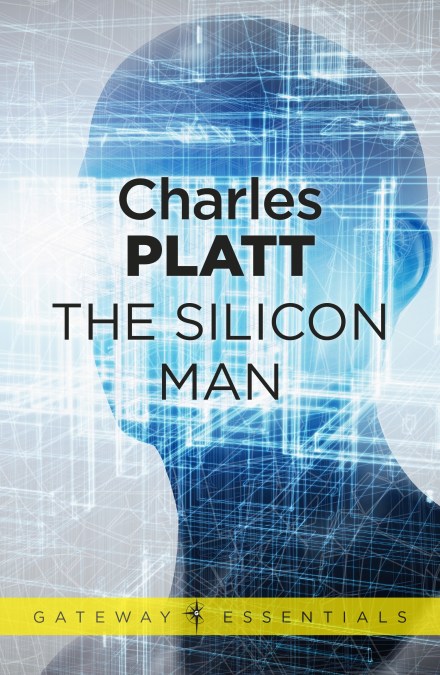 by Charles Platt
Can human intelligence thrive in computer hardware? The Silicon Man tells an intensely human, suspenseful story showing how it may be done, sooner rather than later.

Five renegade scientists are pursuing secret research to achieve immortality by uploading themselves into silicon. When one relentless investigator threatens everything they have tried to achieve, the outcome will change the world.

William Gibson praised this novel as “a plausible, well-crafted narrative exploring cyberspace in a wholly new and very refeshing way.” The Washington Post described it as “a well-plotted, fast-paced, and imaginative look into the future.” Science Fiction Review said that it ranks “right up there with Michaelmas and The Demolished Man.” And Gregory Benford commented, “In fascinating detail, Platt shows us what it would really be like to live (and breathe!) in cyberspace.”

Nominated for the John W. Campbell award and the Philip K. Dick award.