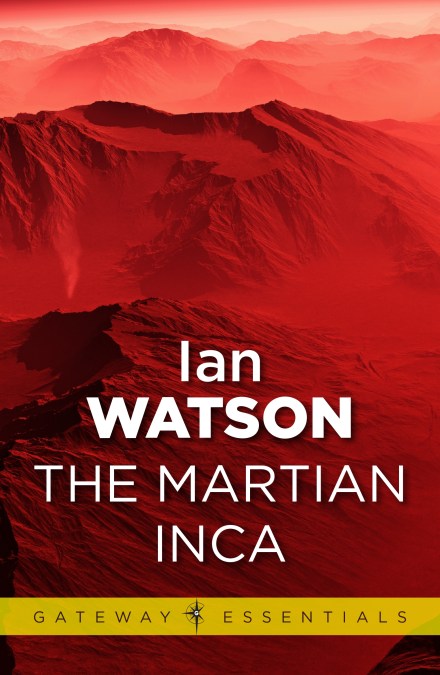 by Ian Watson
The Mars Probe has crashed.

A triumph of Soviet technology, the first two-way interplanetary probe performed brilliantly until the final stage of its return. Then something went wrong: rather than following its programmed course to a soft landing in its country of origin, the probe crashed in the Peruvian Andes.
Now a weird infection beyond the understanding of medical science has wiped out an entire village – except for one man, who, alone and undiscovered by medics, survives. He has awakened to find himself become his own ancestor, and a god. Suddenly the flames of an Indian revolution are spreading South America; he is the Martian Inca.