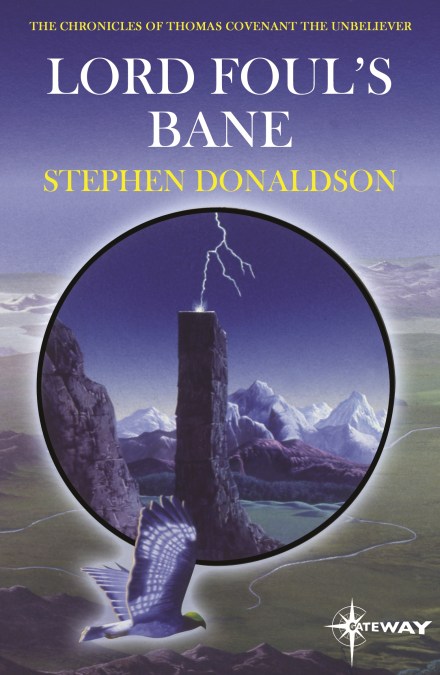 by Stephen Donaldson
He called himself Thomas Covenant, the Unbeliever, because he dared not believe in the strange alternative world on which he suddenly found himself – the Land.

But the Land tempted him. As a leper, in his own world he had been an outcast, unclean, a pariah. Now he was regarded as a saviour, the reincarnation of the Land’s greatest hero – Berek Halfhand. Only the mystic powers of the white gold he carried could protect the Lords of the Land from the ancient evil of the Despiser, Lord Foul.

Yet Thomas Covenant had no idea how those powers could be tapped . . .