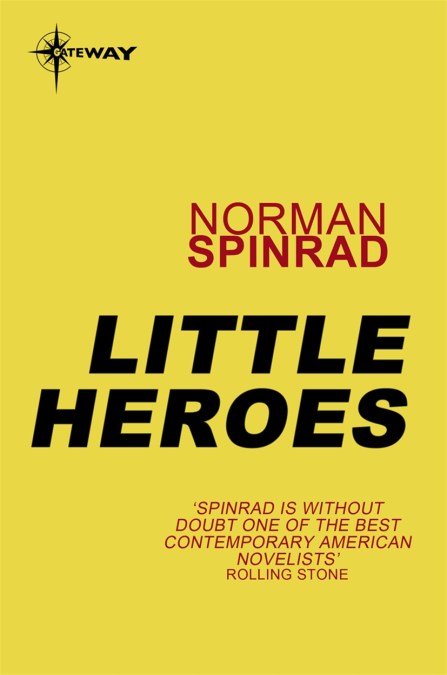 by Norman Spinrad
Muzic Inc had become a music industry giant by staying one step ahead of the game, but for some reason APs (totally cybernetic rock stars) had failed to ship gold.
That was where Glorianna O’Toole came in. The Crazy Old Lady of Rock and Roll was well into her sixties, but with her producer they hoped to synthesize an AP that would really take off.
Glorianna hated everything Muzic Inc had done to the rebel music of her youth, but for the sake of a steady supply of designer dust she was prepared to try and rekindle the revolutionary music spirit of the 1960s.
Meanwhile, at street level, the wire wizards had come up with a new piece of technology: a portable trip machine that made Owsley acid look like a vitamin supplement… 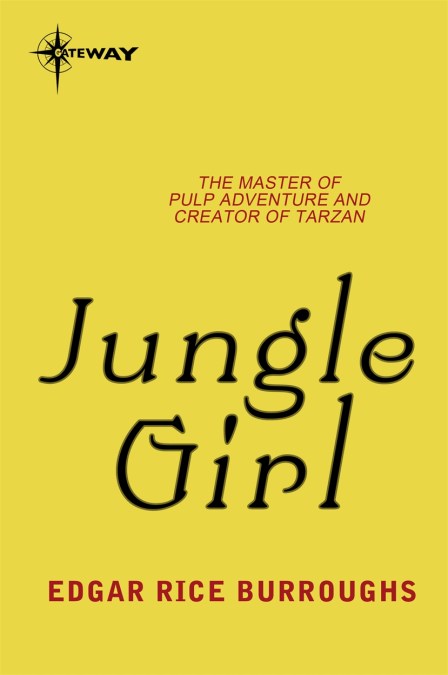 by Edgar Rice Burroughs
Asia, vast continent of ancient civilizations and mysterious peoples, has many corners little known to the rest of the world. One such was the jungle-hidden heart of exotic Cambodia, where Gordon King, a daring American explorer, stumbled upon the thousand-year secret kingdom of THE LAND OF HIDDEN MEN.

Edgar Rice Burroughs, whose Tarzan tales have enthralled millions, has written a novel of another such jungle hero that is as exciting, as adventure-packed and as imaginative as his best. The dangers Gordon King faced, his rescue of a jungle princess, and his combat against the perils of the lost city of Pnom Dhek are first-rate Burroughs to the last exciting line. 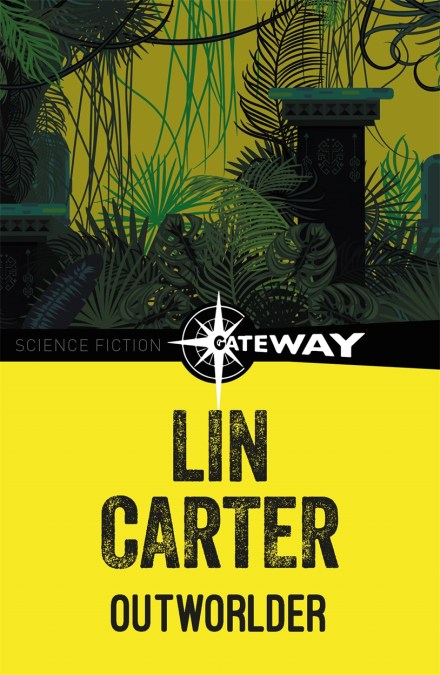 by Lin Carter
Morgan Outworlder was born of Centaurus-stock, but two short years on Bargelix had made him almost a native of his adopted world. Trained to be a societic engineer in the Imperium, Morgan found little need for his science on the outworlds . . . but much need for a strong arm and a sharp sword. For Bargelix was a world in struggle, battling the dark forces of magic.

Morgan was marked as an exile because he had been caught up in the Tarsnian struggle for self-government – and when the Freedom Riots failed, he found himself barred forever from the worlds of the Imperium. But the way back to the inner stars lay through the struggle for his adopted world . . . and the man from the stars was hero enough to battle the darkest of magicians! 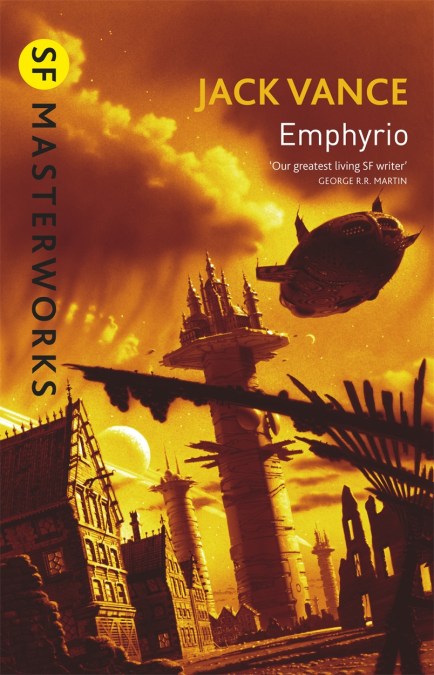 by Jack Vance
Far in the future, the craftsmen of the distant planet Halma create goods which are the wonder of the galaxy. But they know little of this. Their society is harshly regimented, its religion austere and unforgiving, and primitive – to maintain standards, even the most basic use of automation is punishable by death. When Amiante, a wood-carver, is executed for processing old documents with a camera, his son Ghyl rebels, and decides to bring down the system. To do so, he must first interpret the story of Emphyrio, an ancient hero of Halman legend.

All Jack Vance titles in the SF Gateway use the author’s preferred texts, as restored for the Vance Integral Edition (VIE), an extensive project masterminded by an international online community of Vance’s admirers. In general, we also use the VIE titles, and have adopted the arrangement of short story collections to eliminate overlaps. 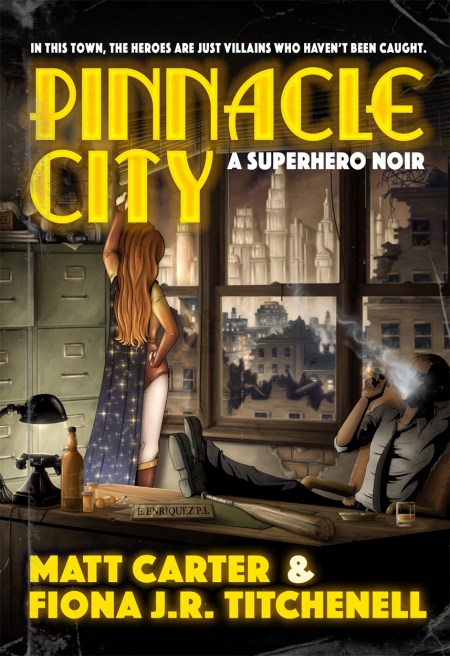 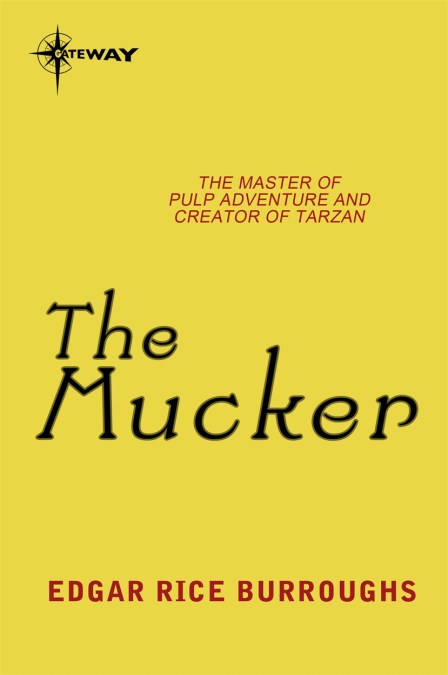 by Edgar Rice Burroughs
Billy Byrne was a product of the streets and alleys of Chicago’s great West Side. From Halsted to Robey, and from Grand Avenue to Lake Street there was scarce a bartender whom Billy knew not by his first name. And, in proportion to their number which was considerably less, he knew the patrolmen and plain clothes men equally as well, but not so pleasantly. His kindergarten education had commenced in an alley back of a feed-store. Here a gang of older boys and men were wont to congregate at such times as they had naught else to occupy their time, and as the bridewell was the only place in which they ever held a job for more than a day or two, they had considerable time to devote to congregating. They were pickpockets and second-story men, made and in the making, and all were muckers, ready to insult the first woman who passed, or pick a quarrel with any stranger who did not appear too burly. By night they plied their real vocations. By day they sat in the alley behind the feedstore and drank beer from a battered tin pail. The question of labor involved in transporting the pail, empty, to the saloon across the street, and returning it, full, to the alley back of the feed-store was solved by the presence of admiring and envious little boys of the neighborhood who hung, wide-eyed and thrilled, about these heroes of their childish lives. Billy Byrne, at six, was rushing the can for this noble band, and incidentally picking up his knowledge of life and the rudiments of his education. By the time he became an adult, he was another thing entirely. . . . 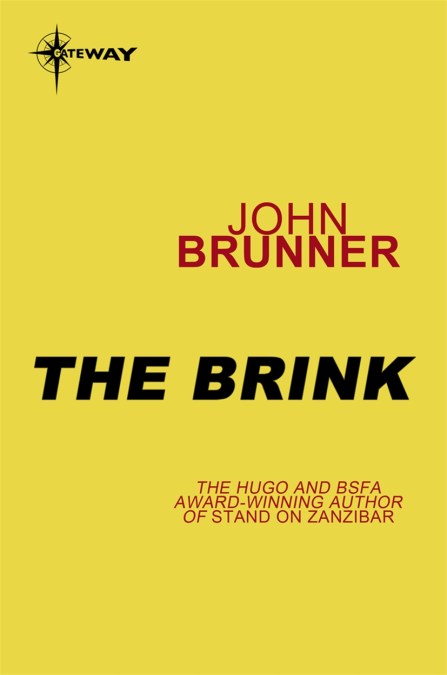