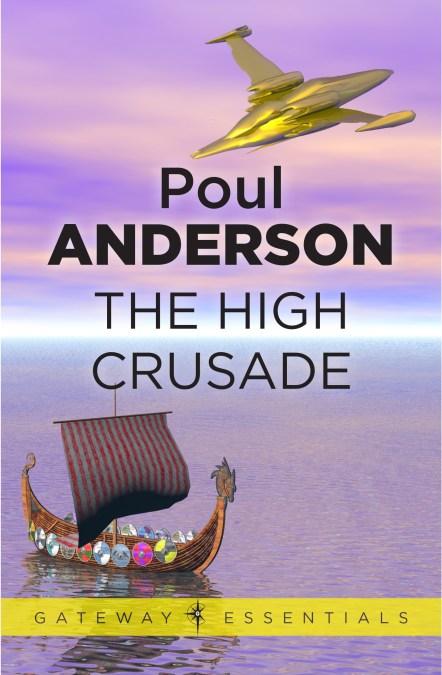 by Poul Anderson
In the year of grace 1345, as Sir Roger Baron de Tourneville is gathering an army to join King Edward III in the war against France, a most astonishing event occurs: a huge silver ship descends through the sky and lands in a pasture beside the little village of Ansby in North East Lincolnshire.

The Wersgorix, whose scouting ship it is, are quite expert at taking conquering planets, and having determined from orbit that this one is suitable, they initiate standard procedure. Their ship carries guided missiles and nuclear weaponry – but they have long since lost the art (and weapons) of hand-to-hand fighting. And this time it’s no mere primitives the Wersgorix seek to enslave – they’ve launched their invasion against Englishmen!

In the end, only one alien is left alive – and Sir Roger’s grand vision is born. He intends for the creature to fly the ship first to France to aid his King, then on to the Holy Land to vanquish the infidel. And then . . . ?