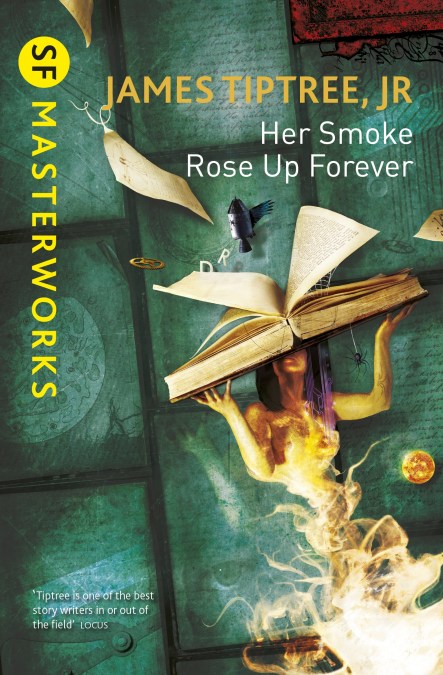 by James Tiptree Jr.
For a decade Alice Sheldon produced an extraordinary body of work under the pseudonym James Tiptree Jr, until her identity was exposed in 1977. Her Smoke Rose Up Forever presents the finest of these stories and contains the Nebula Award-winning ‘ Love Is the Plan, the Plan Is Death’, Hugo Award-winning novella ‘The Girl Who Was Plugged In’, ‘Houston, Houston, Do You Read?’ – winner of both the Hugo and Nebula – and of course the story for which she is best known: ‘The Women Men Don’t See’.

This is a true masterwork – an overview of one of SF true greats at the very height of her powers. 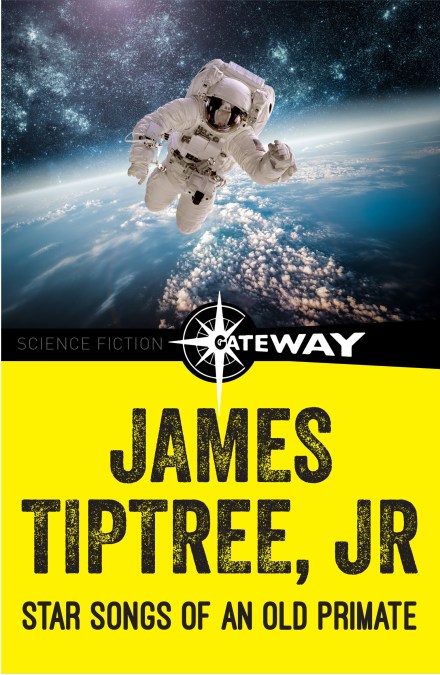 by James Tiptree Jr.
A marvelous medley of Tiptree’s best, including:

“YOUR HAPLOID HEART” – When Ian Suitlov and Pax Patton landed on Esthaa to check for humans, the job wasn’t as easy as it appeared. Though the natives seemed human enough, only cross breeding would be conclusive proof. But how were they to prove anything, when sex was punishable by death?

“THE PSYCHOLOGIST WHO WOULDN’T DO AWFUL THINGS TO RATS” – Dr Tilly Lipsitz hated his name, loved his rats… and would be out of a job if he didn’t come up with a real zinger of an experiment soon. He didn’t have much in mind until he took a midnight trip to his lab and learned more than he would have thought possible.

“SHE WAITS FOR ALL MEN BORN” – She had eyes that could not see, but without sight she had powers that went far beyond those of all who came upon her.