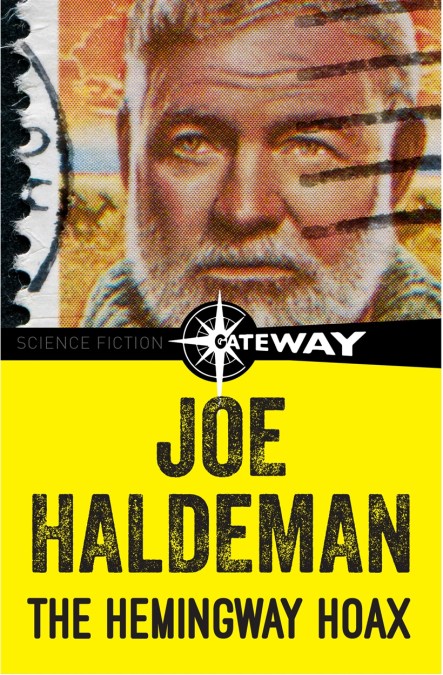 by Joe Haldeman
The hoax proposed to John Baird by a two-bit con man in a seedy Key West bar was shady but potentially profitable. With little left to lose, the struggling, middle-aged Hemingway scholar agreed to forge a manuscript and pass it off as Papa’s lost masterpiece. But Baird never realized his actions would shatter the history of his own Earth . . . and others.

Now the unsuspecting academic is trapped out of time – propelled through a series of grim parallel worlds – and pursued by an interdimensional hitman with a literary license to kill.