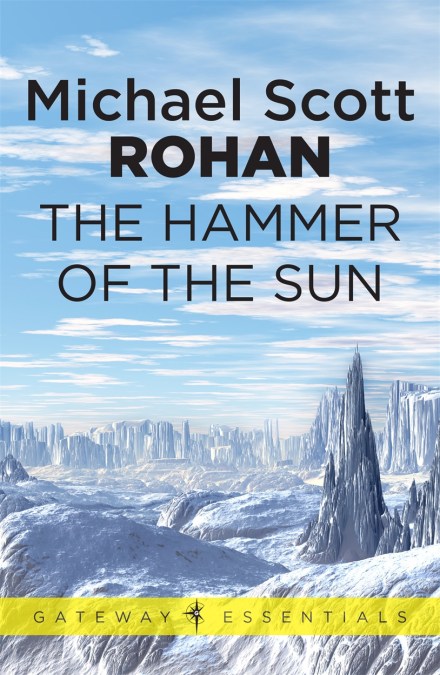 The Hammer of the Sun

by Michael Scott Rohan
In the great battle which had returned control of Morvannec, the legendary city, to mankind, Elof the Smith had saved Kara, his love, from the immortal Power which ruled her. But in the seven years since, the Smith has grown fearful that Kara, herself no mortal, will one day leave him. In his fear, Elof makes the mistake of drawing on his own uncanny powers to bind Kara closer to him; he only succeeds in driving her away.

Haunted, guilt-ridden, Elof can do nothing but follow his love eastwards, across the Seas of Sunrise, towards the city of Kerys in which Kermorvan of Kerbryhaine’s people had originated. In the myth-filled lands of the East, where the Powers of the Ice contemplate the total extinction of life, Elof must face his past, his future and his destiny.