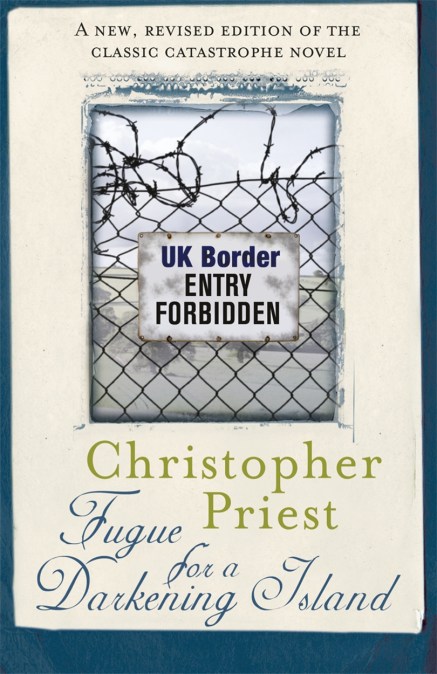 by Christopher Priest
As Europe looks for ways to deal with the humanitarian crisis of Syria’s misplaced population and the influx of refugees crossing the Mediterranean Christopher Priest’s second novel has a new, timely, edge.

Survivors of a terrible African war flee their blighted continent, and look for refuge in the countries of the West. But Britain is falling into civil war and anarchy.

One of Christopher Priest’s earliest novels, FUGUE FOR A DARKENING ISLAND is a powerful work whose subject matter has become increasingly relevant in recent years.