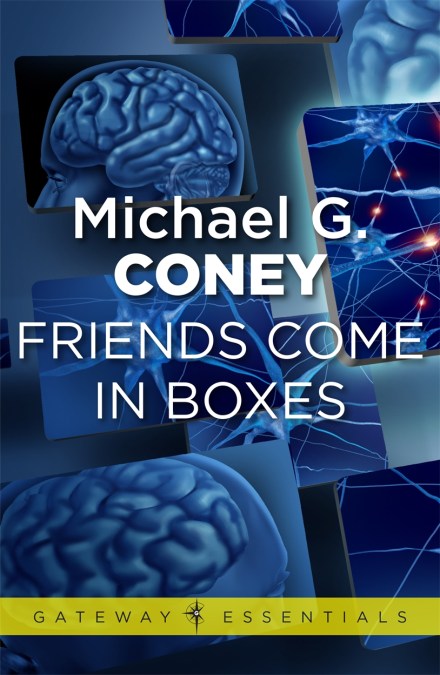 by Michael G. Coney
The Conversationalist sat among the boxes, trying to interest the friends in history. “The Compulsory Transfer Act was passed in 2056,” he was saying, “with the dual object of reducing the birthrate and preventing the wastage of valuable minds through death. It might fairly be said to have changed the face of civilisation.”

“I’ll say!” rasped one of the friends.

“If it wasn’t for the Act, I’d have been in a physical body now, instead of being in this damned box!”

“If it wasn’t for the Act, you’d have been dead this last hundred and fifty years,” pointed out the Conversationalist.

“You’ve probably has four physical bodies by now, a total of one hundred and sixty years of active life. And just twenty years in a box. That’s not bad!”

The problem of immortality had been solved in the 21st century: when you reached forty, your brain was transferred to the head of a six-month-old infant. In that way, you obtained another forty years of life, until you could do it all over again. But nobody could have foreseen the dramatic manner in which the birthrate would fall – resulting in a growing waiting list for host bodies, and the creation of Friendship Boxes to house the brains of those who waited. The Friendship Boxes proliferated: a grumbling section of the community, a constant source of embarrassment to every politician…Until the day it all came to a head. 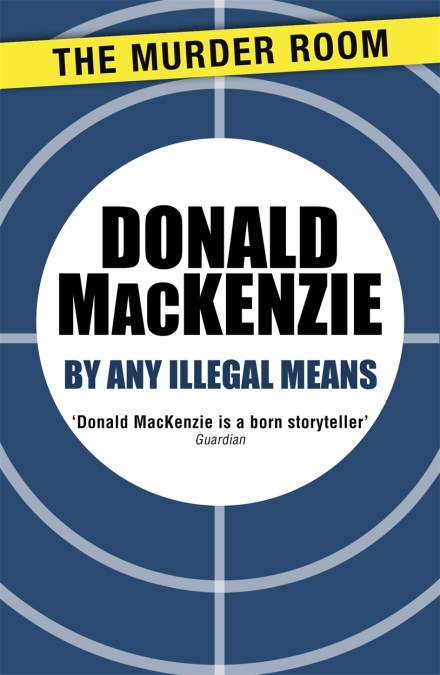 By Any Illegal Means

by Donald MacKenzie
While John and Kirstie Raven are in Paris they come across an old college friend of Kirstie’s, Kirk Cameron. Learning he is coming to London in an attempt to raise some funds, Kirstie insists he stay with them on their houseboat in Chelsea.

What Cameron doesn’t tell his hosts is that he has agreed to help a casual acquaintance in a little ‘industrial espionage’: and what Cameron hasn’t been told is that he is to be involved in robbing a safety deposit box . . .