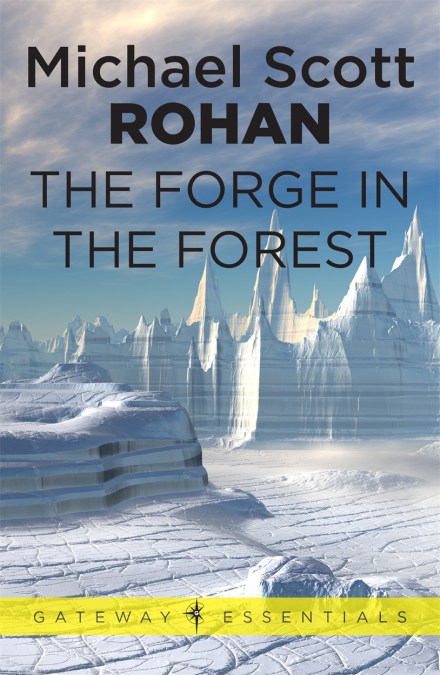 The Forge in the Forest

by Michael Scott Rohan
The siege of Kerbryhaine had been raised, the Ekwesh hordes vanquished, the Mastersmith slain. But for Alv – now Elof the Smith – the war was not yet won: Kerbryhaine was still a divided city; the Ekwesh, bloodily defeated, would look for revenge; and the Ice, implacably malevolent, continued its inexorable march southward.

So from divided Kerbryhaine Elof, Kermorvan and his companions mounted an expedition to the legendary lost cities of the East; if they managed to reunite the war-torn tribes, perhaps they could stand together against the menace of the Ice. But to Elof and Kermorvan the journey would also bring knowledge: of the Powers ranged for and against them; and the secrets within themselves waiting to be revealed – secrets that would play a part in the war yet to come.