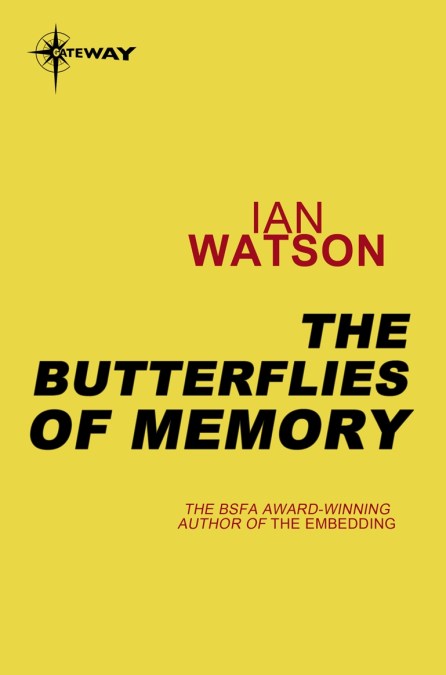 The Butterflies of Memory

by Ian Watson
Ian Watson is one of the finest writers of SF and fantasy stories, and Butterflies of Memory is his 10th collection, a selection of stories that are by turns serious and playful, and always wildly imaginative…

In the title story, what if mobile phones were to become truly mobile, flying about like butterflies? ‘An Appeal to Adolf’ tells of gay sailors on a Nazi battleship many kilometres long during a Second World War unfamiliar to us; ‘Lover of Statues’ of an enigmatic alien visiting the only statue of Satan in the world, in Madrid – while in the bubbling stew of faiths which is Jerusalem a doorway opens to reveal capricious godlike beings. And just suppose that Jules Verne undertook an actual journey to the centre of the Earth. Closer to home, in a Midlands town, a man who seems to have suddenly popped into existence tries to discover who and what he is. ‘Hijack Holiday’, written a year before 9/11, presciently if bizarrely anticipates events akin to those on that fateful day. 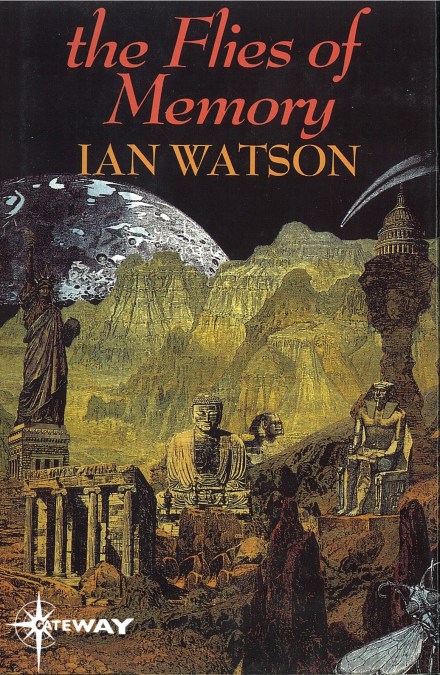 The Flies of Memory

by Ian Watson
Charles Spark is an expert on body language, a bestselling author and a consultant (or walking lie detector) much in demand with industry and government. So when the aliens arrive, who better to join the team that will attempt to understand them?

But even though these insectoid aliens – the “Flies” – in their pyramid-ship speak both English and Russian, they seem unreadable. “We have come to your planet to remember it,” they say and at first they seem indeed to be a bizarre group of intergalactic tourists.

When human beings start to interfere, things begin disappearing. The Dome of St Peter’s in Rome is the first to go, followed by downtown Prague, old Mombasa, Münich, the heart of New Orleans.

In an effort to understand what has happened, Spark, and a strange group of pilgrims, embark on a bizarre journey to Mars – where the city of Münich has reappeared in a canyon. And where time, and memory, have become manifest. 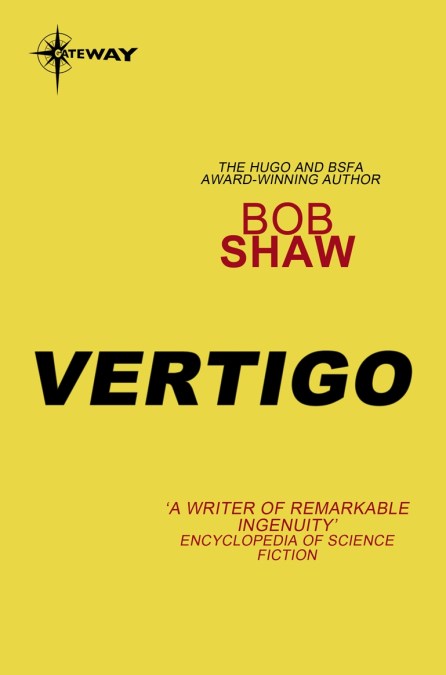 by Bob Shaw
Rob Hasson was an Air Patrolman, one of the best, until the day someone jumped him in mid-air and sent him hurtling into a fall that should have killed him. Now his mind, still tormented by memories of the shrieking air and rushing ground, protects his patched-together body by refusing to let him fly again. And what use to anyone is an Air Patrolman who’s afraid to fly? Rob Hasson thinks he’s a coward. No one could have foreseen the chain of events that would prove him wrong.