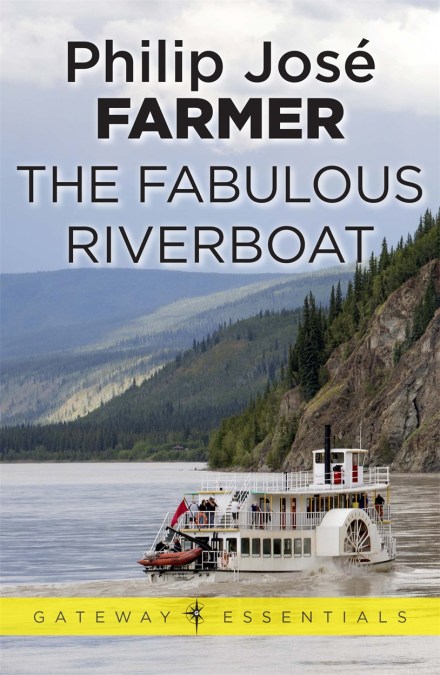 by Philip Jose Farmer
Resurrected on the lush, mysterious banks of Riverworld, along with the rest of humanity, Samuel Langhorne Clemens (a.k.a. Mark Twain) has a dream: to build a riverboat that will rival the most magnificent paddle-wheelers ever navigated on the mighty Mississippi. Then, to steer it up the endless waterway that dominates his new home planet – and at last discover its hidden source.

But before he can carry out his plan, he first must undertake a dangerous voyage to unearth a fallen meteor. This mission would require striking an uneasy alliance with the bloodthirsty Viking Erik Bloodaxe, treacherous King John of England, legendary French swordsman Cyrano de Bergerac, Greek adventurer Odysseus, and the infamous Nazi Hermann Göring. All for the purpose of storming the ominous stone tower at the mouth of the river, where the all-powerful overseers of Riverworld – and their secrets – lie in wait . . .