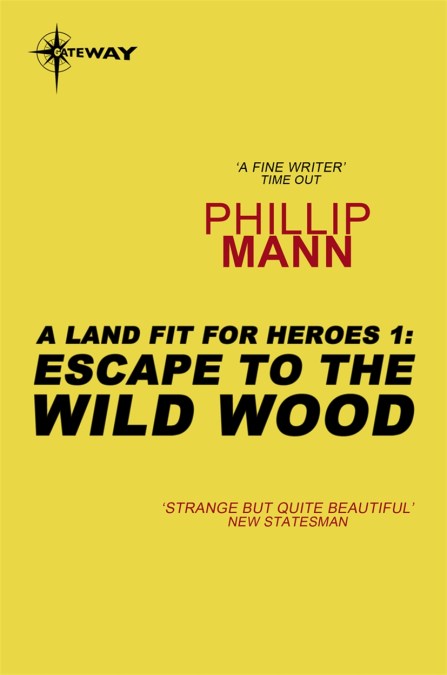 Escape to the Wild Wood

by Phillip Mann
Britannia is a land of forests – it is said a man can walk from the walls of Eboracum to the southern sea without leaving the shade of the greenwood – inhabited by wildcats, wolves and bears, as well as by the descendants of the folk who built Stonehenge. Traversing the forests, linking the Roman cities, are the straight Roman roads on which solar-powered aircars travel from the far north of Britain to expressways that link with London, Rome, Constantinople and beyond.

In this world Rome never fell to the Barbarians, the legions never left Britain and now, in the late twentieth century, Rome is the capital of a vast global civilisation.

Outside Eboracum, (or York as we know it), and dominating the city, is the Battle Dome, a vast hemisphere enclosing the artificial landscapes where the Games – as brutal, deadly and colourful as ever – are held. Here the destinies of three young people come together when a jealous feud forces them to flee the Dome and take refuge in the forest. There, Viti, Miranda, and Angus discover that the older Britain that has endured for two millennia, where the assumptions of rational Romans and city-dwellers no longer apply. And it is there they find they must learn new lessons about their world – if they are to survive.

This first volume of A Land Fit for Heroes is a superb, lyrical novel of cultures clashing in a wonderfully evoked alternate world, filled with magic, wonder and haunting sense of place.