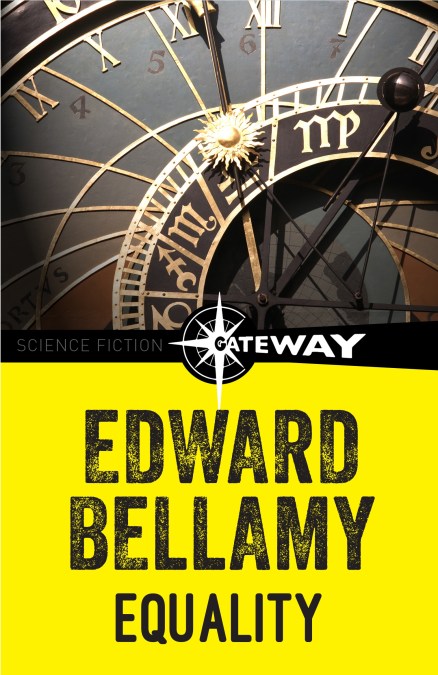 by Edward Bellamy
The sequel to Bellamy’s Looking Backward where a young man falls asleep in 1887 and wakes in a utopian year 2000, where all social ills are solved. This novel continues the thread of his utopian vision.

Equality begins when Julian West returns to the year 2000 to continue his education. The book describes an ideal society in that year. 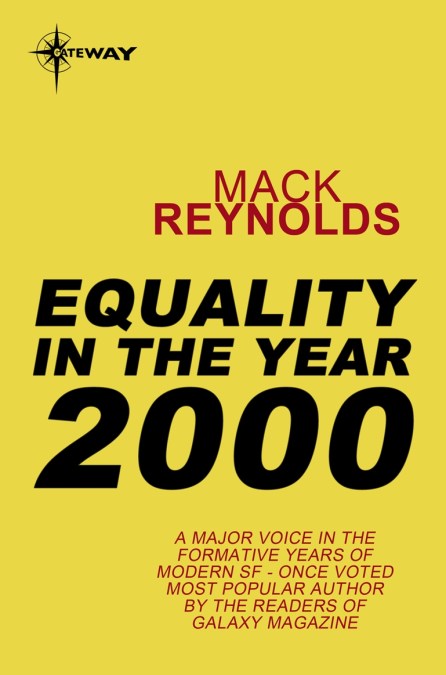 by Mack Reynolds
Julian West had been put into a hypnotic trance and placed in a sealed room. Then the house burned down and he was forgotten…until he awoke forty years later. It was the year 2000, and it seemed like Utopia.

But would it be Utopia for Julian West? He was a man of the past, totally unable to adapt to the unbelievable social, political and cultural changes; totally unable to assimilate the explosive advances in all branches of knowledge.

Julian West was a child, lost among the wonders of the Twenty-First Century – but he would have to adapt and learn if he wanted to survive. 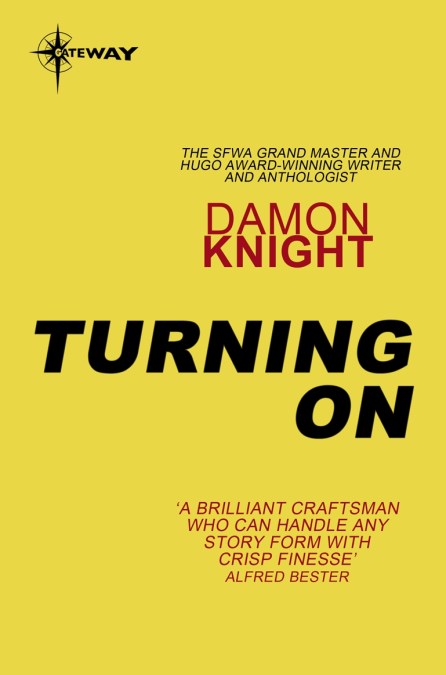 by Damon Knight
Brilliant invention, a rich sense of humour, an equal facility for describing ideas and technologies – these are the ingredients of Knight’s extraordinary talent as an SF writer. This collection of stories takes the reader from the death bed of the last man on earth to the unlikely demise of a vegetable vampire – and proves that Knight was at the top of his form. 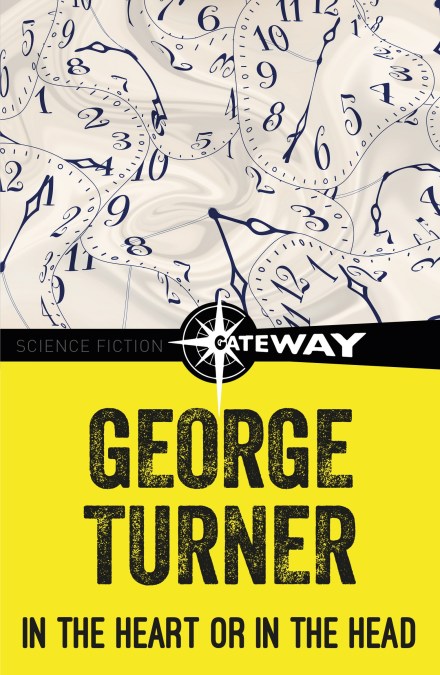 by George Turner
In the Heart or in the Head is a brilliant literary memoir in which George Turner chronicles his chaotic growing-up in a family for whom fact and fantasy were equally acceptable and often indistinguishable. It is also the record of his development as one of Australia’s finest novelists and his entanglement with science fiction. 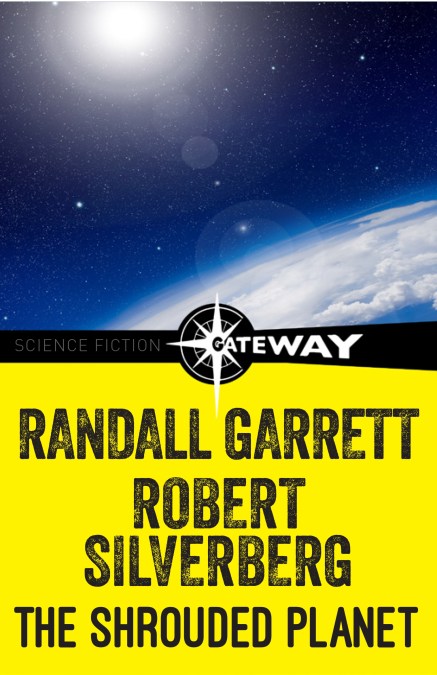 by Robert Silverberg by Randall Garrett
Shrouded – perpetually shrouded – by a blanket of clouds, the planet of Nidor made its slow way through space. A year on Nidor was equal to 3000 Earth-years. To the Nidorians change was unthinkable. Until the Earthmen arrived. And then a change cataclysmic, and the first for many a millennium, hit Nidor. A change that was to split the planet against itself. 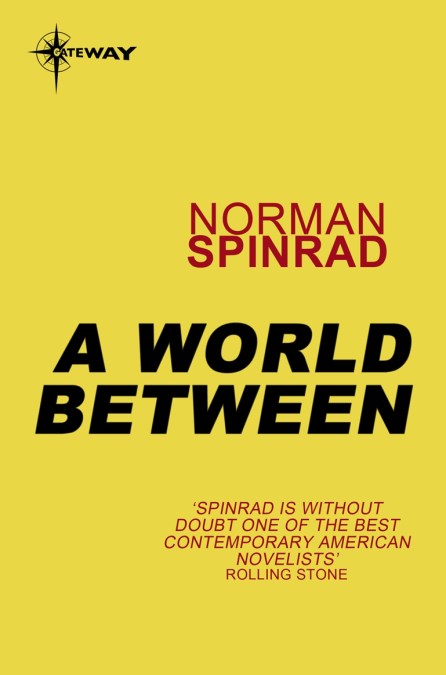 by Norman Spinrad
Pacifica was a monument to freedom and equality-until the off-worlders came. The Femocrats, a party of female separatists, and the Transcendental Scientists, an institute of technofascists dedicated to male supremacy. Carlotta Madigan, Pacifica’s prime minister, and Royce Lindblad, her handsome young lover and media adviser, had to find a way to stop the Pink and Blue War-without becoming casualties themselves. 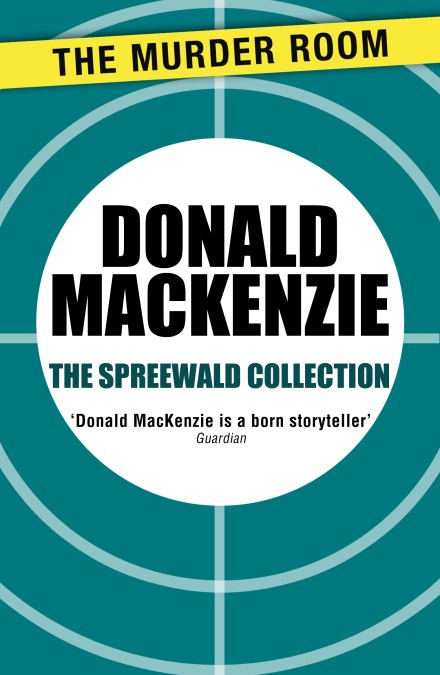 by Donald MacKenzie
Scott Hamilton is a professional thief, one who would never turn down an opportunity to steal something really worthwhile – in this case, a priceless collection of Ming Dynasty jade statuettes, whose owner is a man with a private army; a man rich enough to be above the law.

Hamilton’s accomplices are the charming and tough Gunilla von Mayenfels, who is a girl with an interest in jade, and the odious and unreliable Kosky. And the result of their attempt combines triumph and disaster in equal measure. 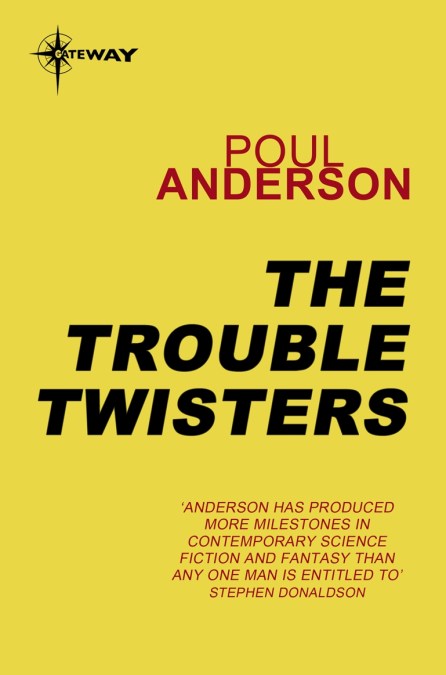 by Poul Anderson
Meet David Falkayn, sharpest young trader in the Polesotechnic League and susceptible only to the lithe curves of unwary space-girls. In three ingenious, fast-paced tales of interplanetary adventure and intrigue, Falkayn shows himself equally handy with his wits and a blaster. See him untangle alien taboos, outwit alien invasions, manoeuvre adroitly through alien revolutions – and then twist everything up again for his own crafty purposes. 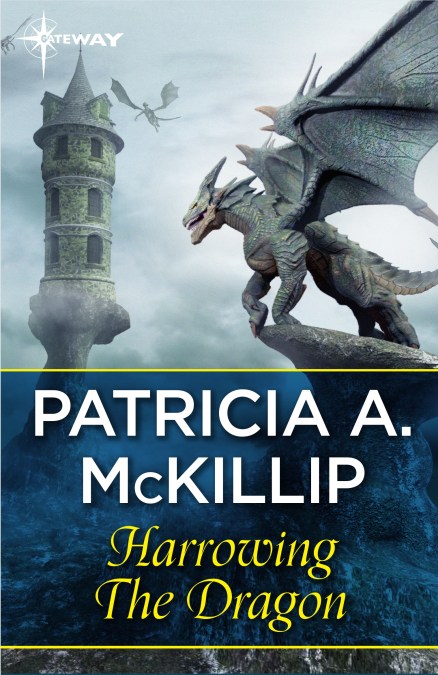 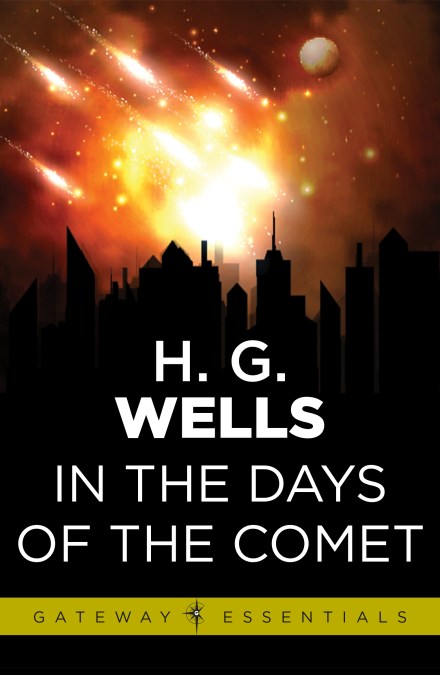 In the Days of the Comet

by H.G. Wells
Revenge was all Leadford could think of as he set out to find the unfaithful Nettie and her adulterous lover. But this was all to change when a new comet entered the earth’s orbit and totally reversed the natural order of things. The Great Change had occurred and any previous emotions, thoughts, ambitions, hopes and fears had all been removed. Free love, pacifism and equality were now the name of the game. But how will Leadford fare in this most utopian of societies . . . ? 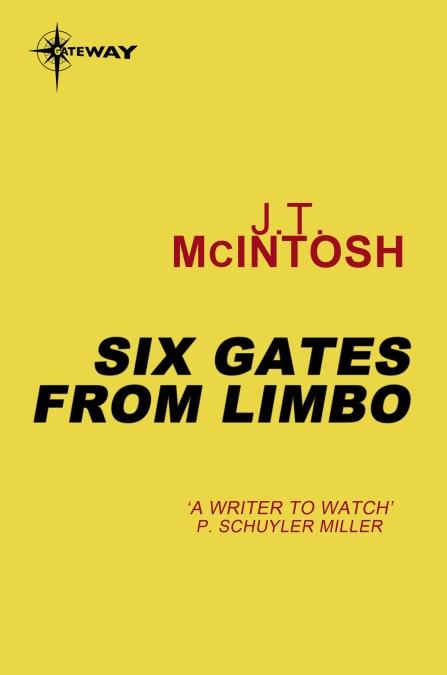 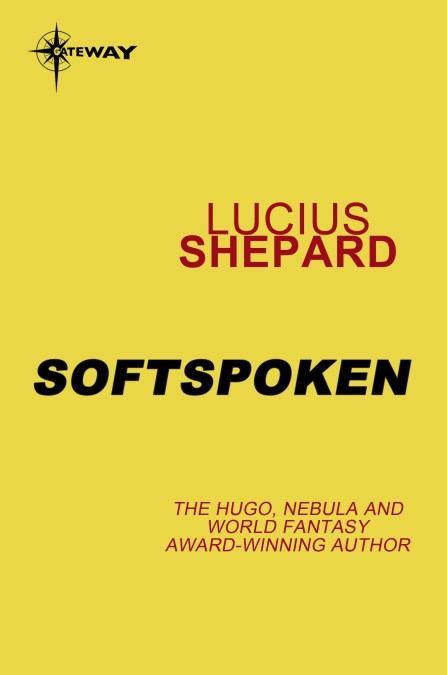 by Lucius Shepard
A chilling and mysterious voice becomes audible to Sanie shortly after she and her husband Jackson move into the decaying antebellum mansion that is the Bullard ancestral home in rural South Carolina. At first, she wonders if the voice might be a prank played by Jackson’s peyote-popping brother Will or his equally off-kilter sister Louise.

But soon Sanie discovers that the ghostly voice is merely a single piece of the decadent, baroque puzzle that comprises the Bullard family history, rank with sensuality, violence, repression and madness. 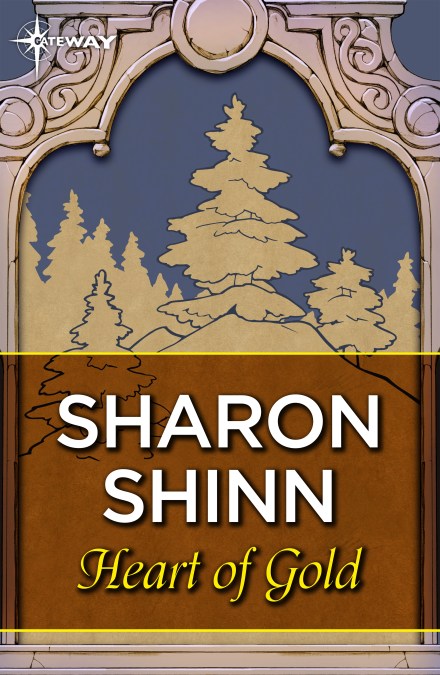 by Sharon Shinn
A SCIENTIST BY NATURE – he used his rational powers of observation to examine more closely the privileges he was born to enjoy – and the people he was raised to despise.

A REBEL AT HEART – she followed her fiercest passions in the struggle to overthrow a legacy of hate – one that had poisoned her family for generations.

ON A PLANET DIVIDED – between rich and poor, strong and weak, intellect and feeling, only one thing could bring these two opposites together: a strictly forbidden desire.

For justice. For equality. 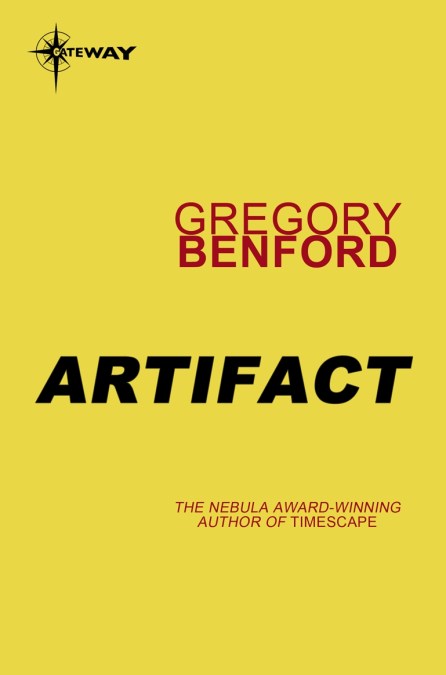 by Gregory Benford
A small cube of black rock has been unearthed in a 3500-year-old Mycenaean tomb. An incomprehensible object in an impossible place; its age, its purpose, and its origins are unknown. Its discovery has unleashed a global storm of intrigue, theft andespionage, and is pushing nations to the brink of war. Its substance has scientists baffled. And the miracle it contains does not belong on this Earth.

It is mystery and madness — an enigma with no equal in recordedhistory. It is mankind’s greatest discovery … and worst nightmare. It may have already obliterated a world. Ours is next. 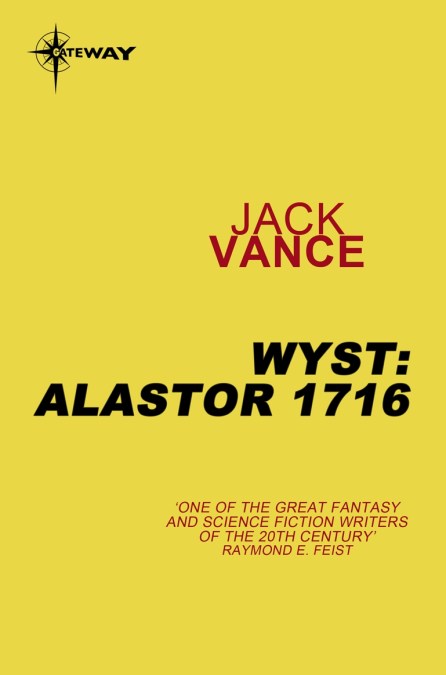 by Jack Vance
Arrabus on the planet Wyst is an “egalistic” nation, where everyone is supposedly equal to everyone else. Arrabins work only two hours per week (“drudge”), which is drawn at random each week. In return, they receive food in the form of gruff, deedle, and wobbly – all synthetically produced food – and are housed in gigantic block tenements. Natural food (“bonter”) is very rare, resulting in a flourishing black market trade with the “Weirdlands”, the lands beyond Arrabus. An executive committee of four, selected at random and known as the Whisperers, governs Arrabus.
Next Page