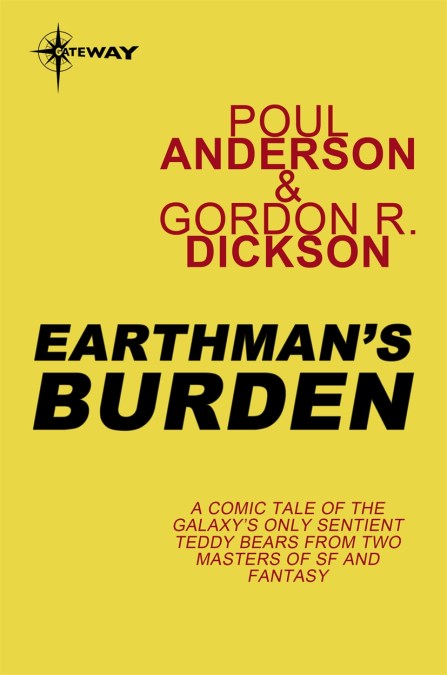 by Poul Anderson by Gordon R Dickson
It could almost have been Earth – or so thought Ensign Alexander Braithwaite Jones, who crash-landed on the planet Taka, 500 light-years from the Solar System. Then he met the Hokas, a race of teddy-bear-like aliens, with the astounding ability to transform outdated Earth stories into riotous real life adventures.
From the guns and slang of an Old West saloon to a hair-raising drug bust in Victorian England led to the by a button-nosed, pipe-puffing Hokan Sherlock Holmes, the Hokas demand that Alex Jones live it all along with them.
Suddenly his ordinary military career is changed into a crazy world of intergalactic adventure, as he tries, without much success, to bring his furry, alien charges along the road to civilization, sanity, and a m ore respectable social rating in the Interbeing League.