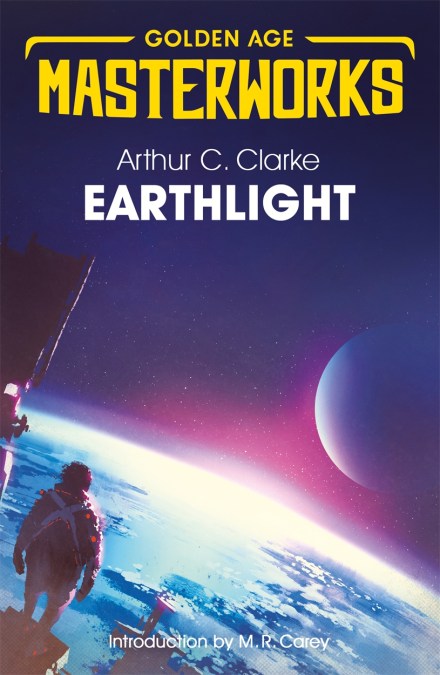 by Arthur C. Clarke
The time: 200 years after man’s first landing on the Moon. There are permanent populations established on the Moon, Venus and Mars. Outer space inhabitants have formed a new political entity, the Federation, and between the Federation and Earth a growing rivalry has developed. EARTHLIGHT is the story of this emerging conflict.

Two centuries from now there may be men who do not owe allegiance to any nation on Earth, or even to Earth itself. This brilliant story tells of a time when man stands upon the moon and the planets, tells of men now divided by the vast stretches of the Solar System but once again torn by jealousy and fear. With vaulting imagination Arthur C. Clarke describes life on the strange, awe-inspiring surface of the moon, scene of a most fantastic and exciting contest of arms.