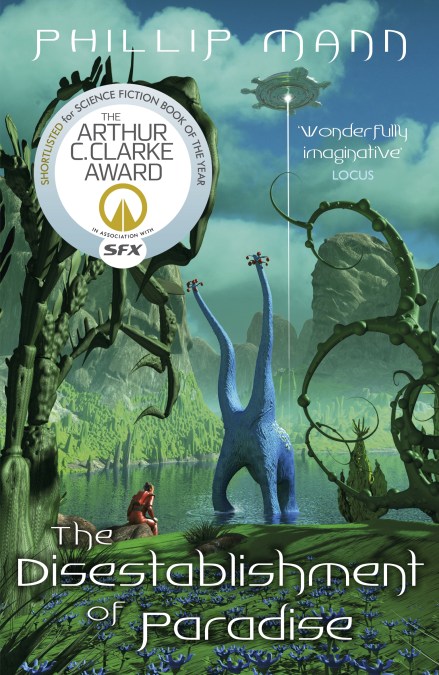 The Disestablishment of Paradise

by Phillip Mann
Something has gone wrong on the planet of Paradise.

The human settlers – farmers and scientists – are finding that their crops won’t grow and their lives are becoming more and more dangerous. The indigenous plant life – never entirely safe – is changing in unpredictable ways, and the imported plantings wither and die. And so the order is given – Paradise will be abandoned. All personnel will be removed and reassigned. And all human presence on the planet will be disestablished.

Not all agree with the decision. There are some who believe that Paradise has more to offer the human race. That the planet is not finished with the intruders, and that the risks of staying are outweighed by the possible rewards. And so the leader of the research team and one of the demolition workers set off on a journey across the planet. Along the way they will encounter the last of the near-mythical Dendron, the vicious Reapers and the deadly Tattersall Weeds as they embark on an adventure which will bring them closer to nature, to each other and, eventually, to Paradise.