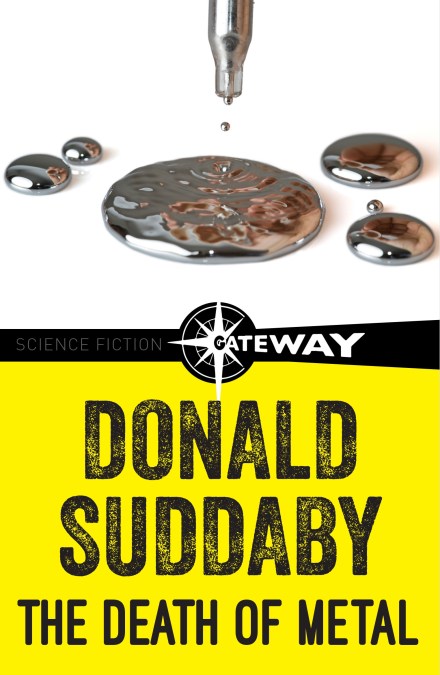 The Death of Metal

by Donald Suddaby
The Death of Metal is a disaster tale in which metal suddenly becomes soft. 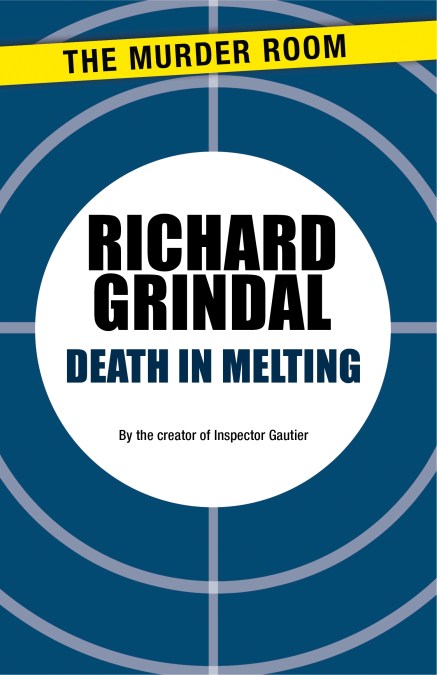 by Richard Grindal
Inside the furnace was a seething pool of molten metal, bubbling with a heat great enough to destroy a man’s body so completely it would be impossible to trace. And Gerald Norris had disappeared without a trace!

In London, Julie Crocker was hunting for her brother amongst the demi-monde of unsuccessful artists. He too had disappeared, leaving no trace except an indifferent painting in a Soho restaurant.

Against the backdrop of the power and heat of the steelworks and the overcrowded bars of Soho, private detective John Bryant sets about investigating both mysteries. Mysteries that can only be solved in the consuming flames of yet another fire. 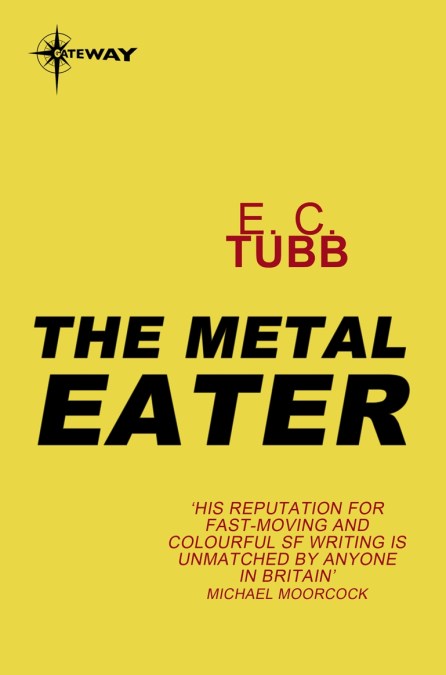 by E.C. Tubb
It was the last planet left for men to conquer – a planet rich in priceless urillium ore, yet no man laid a finger on this wealth that was for the taking.

For the planet Vendor could not be conquered. Space-men tried time and time again, but always the Voices drove them mad and destroyed them. Some intangible power kept men away from that taunting prize – until a scientist on Deneb IV perfected a blanketing device to protect his shop through the barrier. It took him twenty years to do it and every penny he possessed, but at last his voyage to Vendor began.

It was the voyage of a gambler who knew that only two alternatives faced him…illimitable wealth and glory, or failure and death.

But the journey to Vendor brought hazards that neither he nor his crew had foreseen, and before its conclusion a force was unwittingly released that could have swept life from the Universe – the indestructible and horrifying force of THE METAL EATER. 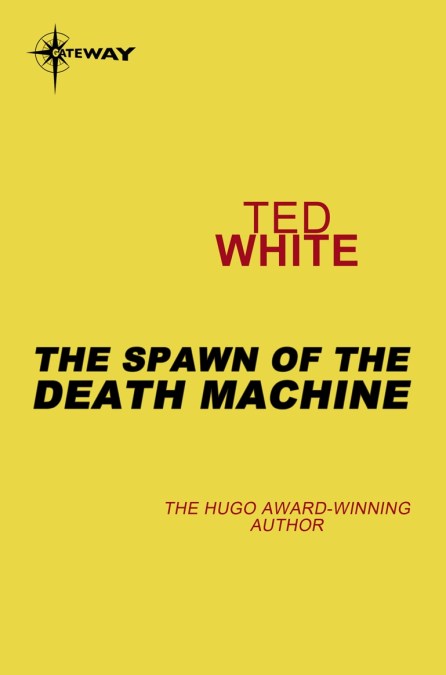 The Spawn of the Death Machine

by Ted White
‘You are an artificially constructed human being, a mobile gathering device.’
That is what the computer’s metallic voice tells Tanner when it releases him from his cell. Naked, unarmed, with no memory to guide him, he emerges into a savage world, into the ruins of Manhattan in the 23rd century where wild animals roam and men have become cannibals in a frantic struggle to survive.

Who has unleashed this chaos upon the world? Has Tanner really been dispatched to gather facts to help save the tragic remnants of humanity? Or is he to be the final instrument of its destruction? 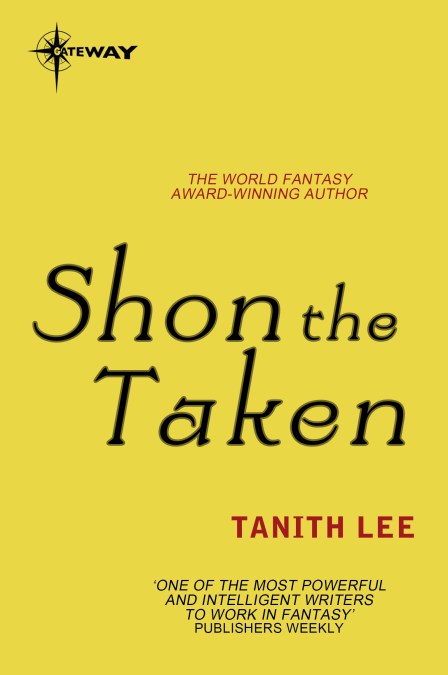 by Tanith Lee
Shon knew that the Taken must die. Death had touched them, and the evil spirits which issued from Death’s Place to the east beyond the valley Took away the souls of the living. It was the law of Shon’s people, who seldom ventured far from their simple huthouses in Pine Walk, except to hunt boar in the forest. And even the forest was not completely safe, for across the river at its eastern edge lay Crow Mork, Death’s Place, and in the stories Crow himself, who was Death, rode there with Crow’s People, Death’s children, on strange four-legged beasts shod with white metal and swift as the wind.

Lost in the dark forest, Shon encountered Death’s Children. ‘Don’t go home,’ the dead girl told him – he was almost sure it was a girl, though her face was a black void in the night. But there was nowhere else to go. They would kill him, of course; being Taken, they would have to.

Yet Shon escaped that death – though he was to meet Death in Death’s Place, and learn the extraordinary truth about it. 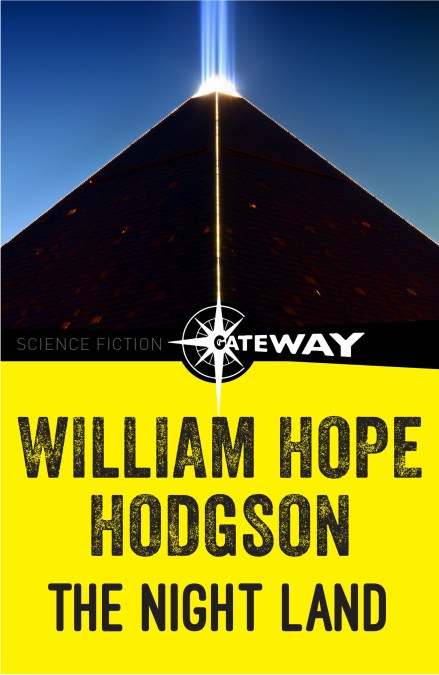 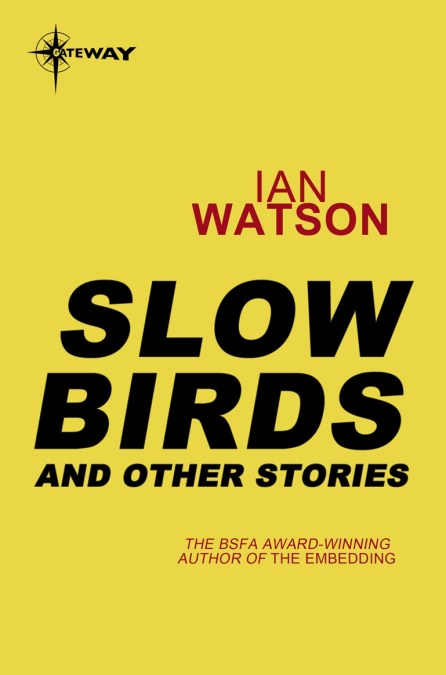 Slow Birds: And Other Stories

by Ian Watson
Where do the metal death gliders come from? To the glass-sailors of the five villages the slow birds that inched over the Earth at shoulder height, appearing and vanishing, were a mystery – until young Daniel climbed aboard one of the scarred Missiles and vowed to find out where it went

Ian Watson’s third short story collection is his best yet: a brilliant array of original and imaginative inventions that plunge the reader into strangely familiar new worlds. 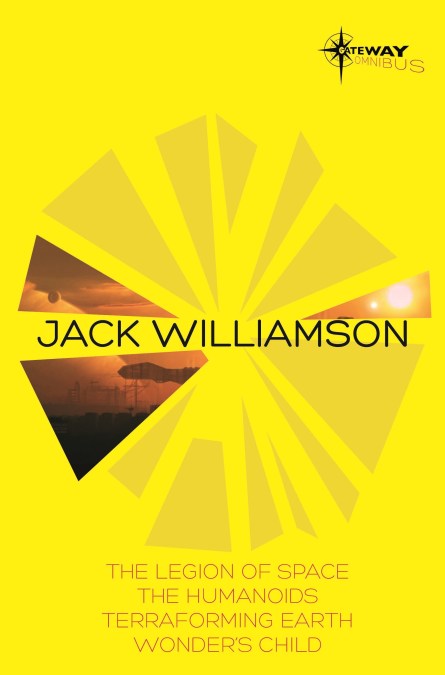 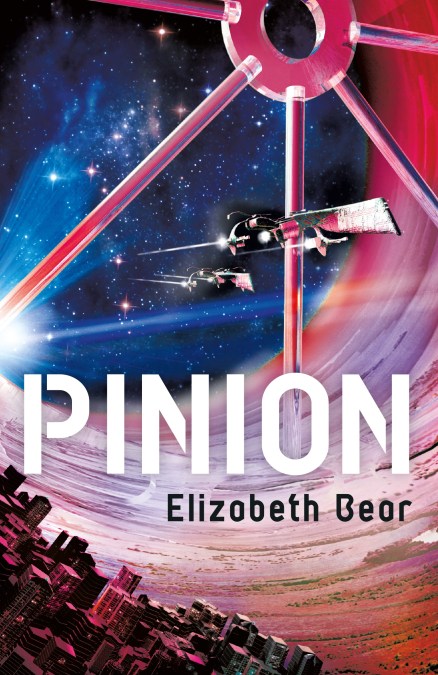 by Elizabeth Bear
On a broken ship orbiting a doomed sun, dwellers have grown complacent with their aging metal world. But when a serving girl frees a captive noblewoman, the old order is about to change…

Ariane, Prince of the House of Rule, was known to be fiercely cold-blooded. But severing an angel’s wings on the battlefield – even after she had surrendered – proved her completely without honor. Captive, the angel Perceval waits for Ariane not only to finish her off – but to devour her very memories and mind. Surely her gruesome death will cause war between the houses – exactly as Ariane desires. But Ariane’s plan may yet be opposed, for Perceval at once recognizes the young servant charged with her care.

Rien is the lost child: her sister. Soon they will escape, hoping to stop the impending war and save both their houses. But it is a perilous journey through the crumbling hulk of a dying ship, and they do not pass unnoticed. Because at the hub of their turning world waits Jacob Dust, all that remains of God, following the vapor wisp of the angel. And he knows they will meet very soon.

Originally published in 2007 as Dust.