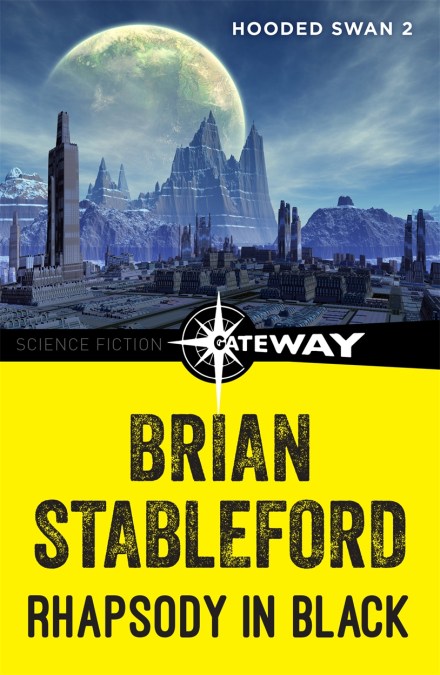 by Brian Stableford
In the culture of the galaxy, the Star-Pilots of the starships that link the cosmos together have become the great heroes of the day. Grainger, who has become a legend in his own lifetime, is drafted to fly the prototype (the Hooded Swan) of a new ship that could revolutionize space travel. The members of the ultra-ascetic Church of the Exclusive Reward have colonized a number of marginal worlds to exclude themselves from galactic society. On Rhapsody, church members lead a completely subterranean existence. Even closed societies have their rebels, however, so when a major scientific discovery emerges from the caves of the dark planet, everything there falls apart. If Grainger can secure a share in the coming bonanza, he could buy back his freedom from Titus Charlot. Before he can do that, however, he has to find some way of just staying alive . . .