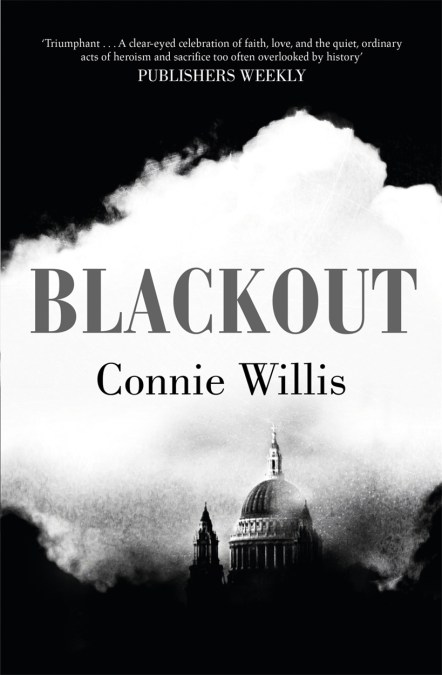 by Connie Willis
BLACKOUT is the opening movement of a vast, absorbing two-volume novel that may well prove to be Connie Willis’ masterpiece. Like her multi-award winning THE DOOMSDAY BOOK, this stunning new work marries the intricate mechanics of time travel to the gritty – and dangerous – realities of human history.

The narrative opens in Oxford, England in 2060, where a trio of time traveling scholars prepares to depart for various corners of the Second World War. Their mission: to observe, from a safe vantage point, the day-to-day nature of life during this critical historical moment. As the action ranges from the evacuation of Dunkirk to the manor houses of rural England to the quotidian horrors of London during the Blitz, the objective nature of their roles gradually changes. Cut off from the safety net of the future and caught up in the chaotic events that make up history, they are forced to participate, in unexpected ways, in the defining events of the era.

BLACKOUT is an ingeniously constructed time travel novel and a grand entertainment. More than that, it is a moving, exquisitely detailed portrait of a world under siege, a world dominated by chaos, uncertainty, and the threat of imminent extinction. It is the rare sort of book that transcends the limits of genre, offering pleasure, insight, and illumination on virtually every page. 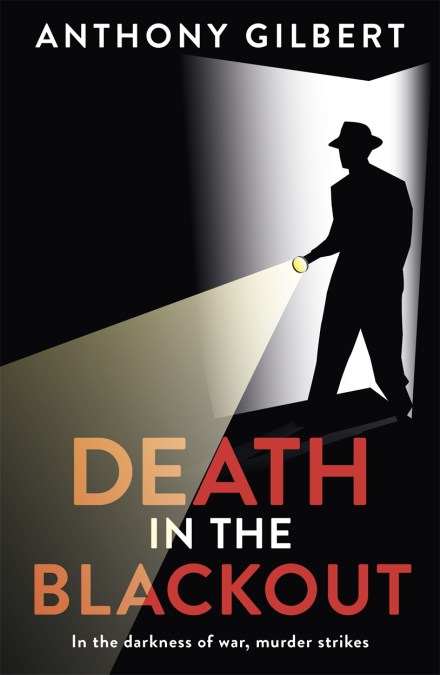 Death in the Blackout

by Anthony Gilbert
In the darkness of World War Two, a murderer strikes…
Classic crime from one of the greats of the Detection Club

‘He stood very still for a moment. He said he had a sixth sense that warned him of danger. The fact that more murderous attempts had been made on his life did not affect his belief in his instinct. He said that in his profession a man had to harden himself to take risks. That was what his clients paid him for, “and,” he would add, “they pay damn well.” ‘

Death in the Blackout takes place in the heart of World War II and opens as a bomb drops uncomfortably close to detective Arthur Crook’s London flat, setting off a mysterious chain of events. 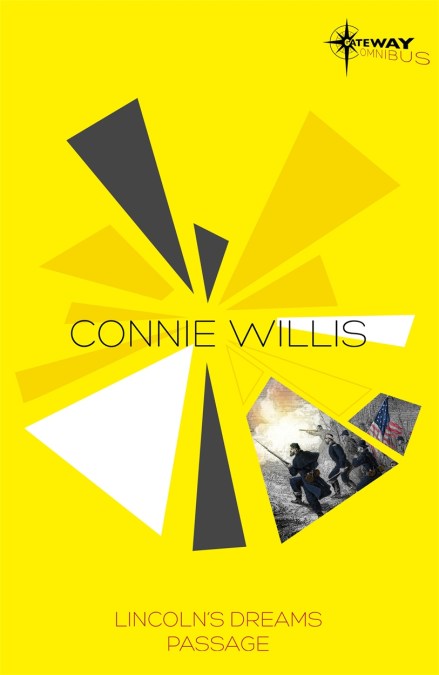 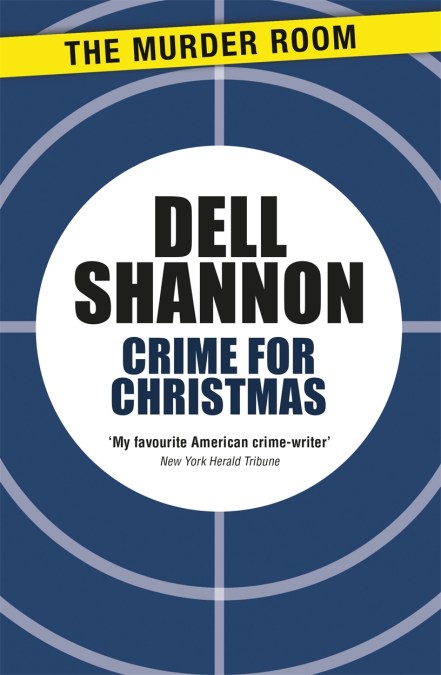 by Dell Shannon
It’s Christmas, but there isn’t much Christmas spirit in the Glendale Police Department. Delia Riordan’s father has just died, Detective Jim Harvey’s family have left for the holidays, there are power blackouts, and of course no let-up in murders, muggings, burglaries and a perplexing triple murder/suicide.

The department’s mood improves with the addition of a dog and a family of kittens to the office. Some crimes even have comic outcomes, including the burglar who is given away by a trail of wool. So it turns out to be a happy Christmas after all – except for the victims. 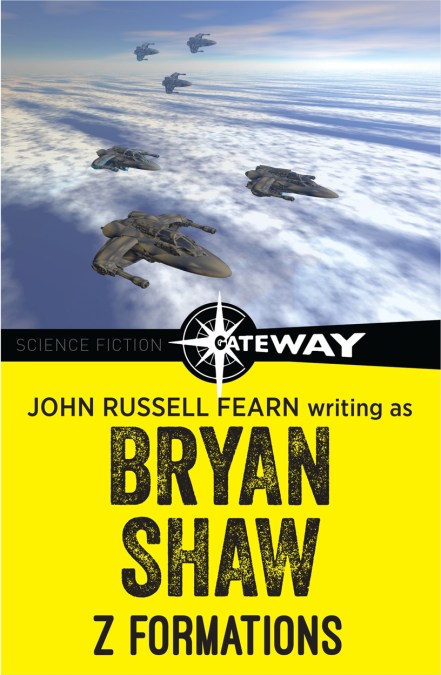 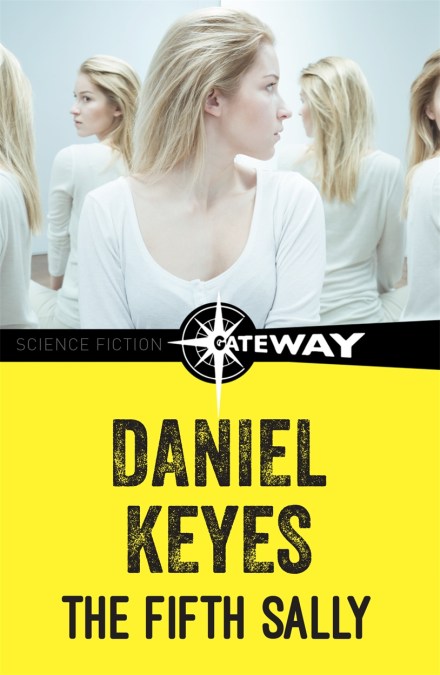 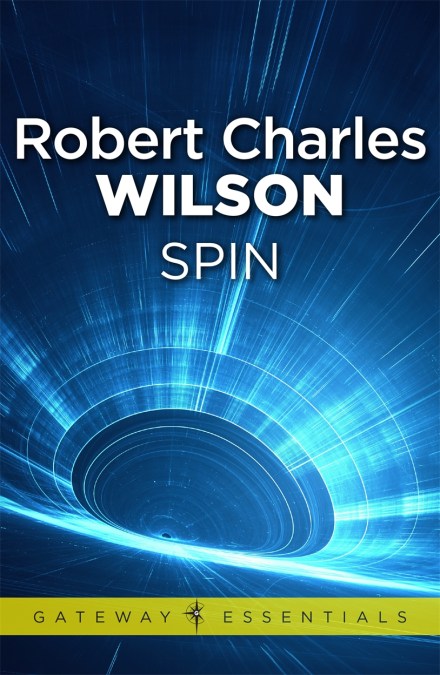