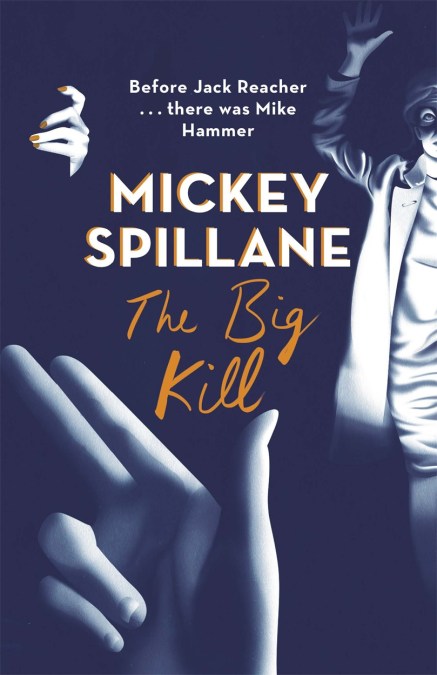 One rainy night, Hammer sits brooding, alone, in a bar. But when he sees a desperate guy abandon his kid only to step outside and get blown away, Hammer’s mood switches from bad to worse. By the time he reaches the man with the gun, the getaway driver has run him over to stop him talking. Hammer vows revenge on whoever’s behind the crime.

The trail of vengeance pits Hammer against his police friend Pat Chambers, the DA and his stooges and lands him in a world of trouble from gangsters, where he gives as good as he gets . . .

. . . And leads back to Marsha, a beautiful former Hollywood actress, who has more to offer Hammer than meets the eye. 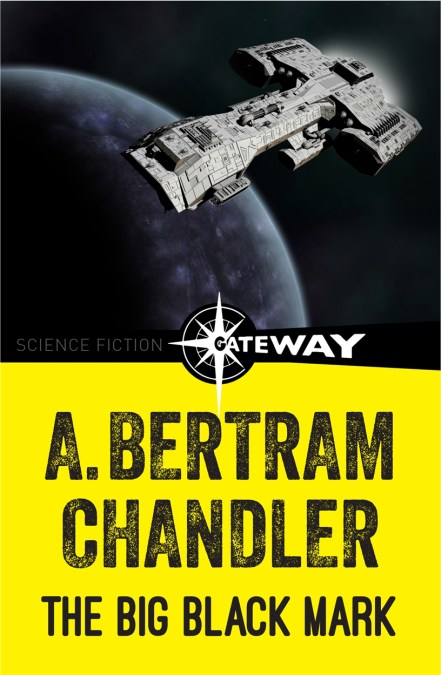 by A. Bertram Chandler
A pivotal time in the career of John Grimes. A fateful journey in the vessel Discovery, bearing an uncanny kinship to the legendary vessel the Bounty. The big black mark on his service record. 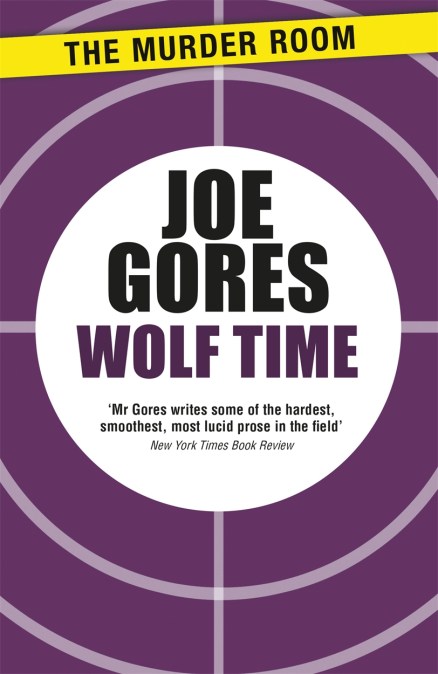 by Joe Gores
Hollis Fletcher has no idea why someone has tried to kill him. Fletcher is a professional hunter with years of tracking experience, and he’s going to find the man who left him for dead in the frozen Minnesota woods, and take vengeance. Soon he discovers he is after big game: someone in the entourage of Fletcher’s boyhood friend, Gary Westergard – candidate for the presidency – pulled the trigger, and his own daughter is a key figure in the campaign. Hollis Fletcher is a threat to someone, someone who has taken steps to remove the problem. In failing, they’ve only made it worse.

The hunt has begun. Fletcher is skilled, patient and deadly – and his target never escapes … 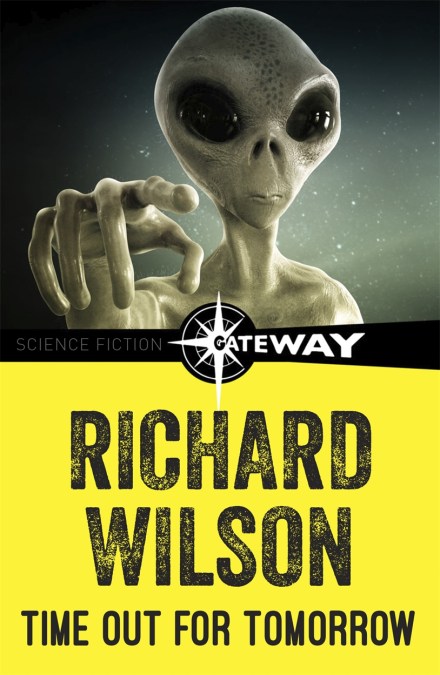 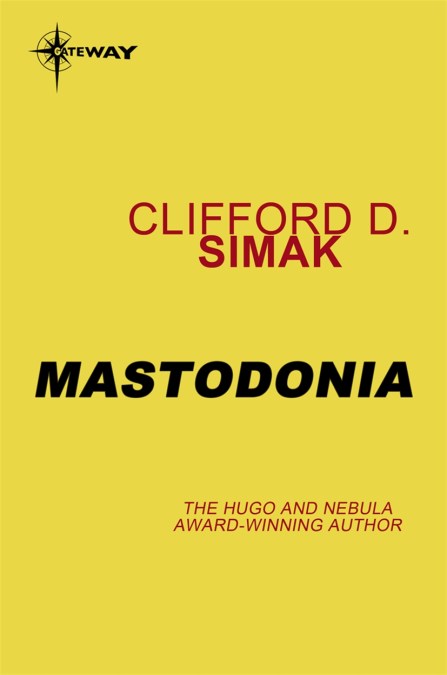 by Clifford D. Simak
Asa Steele was unprepared for the incredible events that began to unfold when Rila Eliot – a long-lost love – stepped out of the past and his faithful dog Bowser started loping into it through time trails he’d discovered in his own backyard.

Rila’s appearance was mere coincidence, but Bowser’s retrieval of fresh dinosaur bones was as inexplicable as was the curious crater in Asa’s backyard that seemed to have been made by a spaceship from the stars. Soon Asa himself tripped in time, led into prehistoric eras by an enigmatic cat-faced alien. In short order, the time trails in the quiet town of Willow Bend became the focus of global attention and government scrutiny.

Then time-travelling turned into big business and led to big trouble, when Asa and Rila uncovered an interstellar mystery from before recorded time! 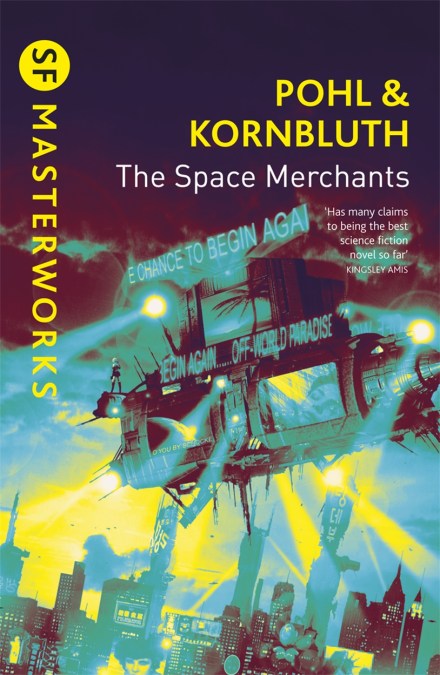 by Frederik Pohl by Cyril M. Kornbluth
It is the 20th Century, an advertisement-drenched world in which the big ad agencies dominate governments and everything else. Now Schoken Associates, one of the big players, has a new challenge for star copywriter Mitch Courtenay. Volunteers are needed to colonise Venus. It’s a hellhole, and nobody who knew anything about it would dream of signing up. But by the time Mitch has finished, they will be queuing to get on board the spaceships. 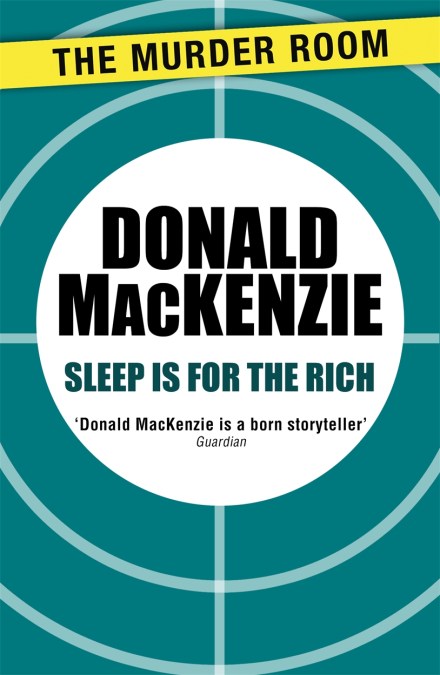 Sleep is for the Rich

by Donald MacKenzie
Paul Henderson is a big time jewel thief on a run of bad luck. He has a seven-year-old daughter to support, so when he’s offered a partnership in the biggest heist of all time he decides to try to take the baubles and run.

He reaches Switzerland, where the crime is to take place, and wangles an invitation to a gala only to be confronted by a double threat, a double cross and a kidnapping. And all this is before the night of the burglary arrives . . . 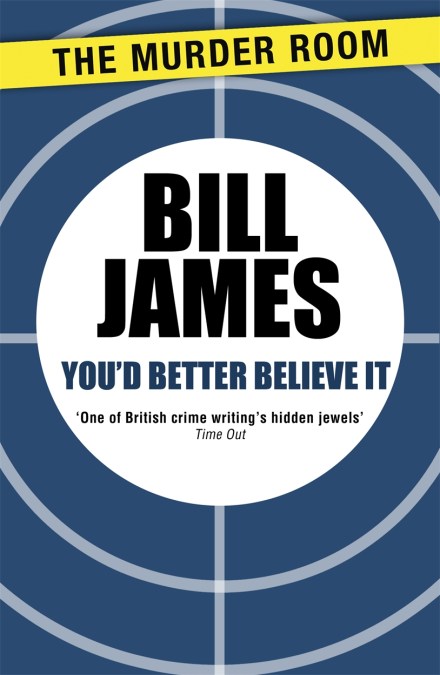 by Bill James
The first title in the popular Harpur and Iles series.

Harpur’s domain is a small seaport city south of London. It’s not unusual for the big-town criminals to consider such a spot as easy prey. At such times a policeman must rely keenly upon his colleagues, to be sure, and also upon his retinue of narks. This time it’s a Lloyd’s Bank branch that’s the target. When the heist is postponed, a policeman is killed. One nark, then another, is murdered.

As Harpur becomes driven to his limit, he must bypass regulations and settle things once and for all with a vicious crook named Holly. But not necessarily on his own terms. 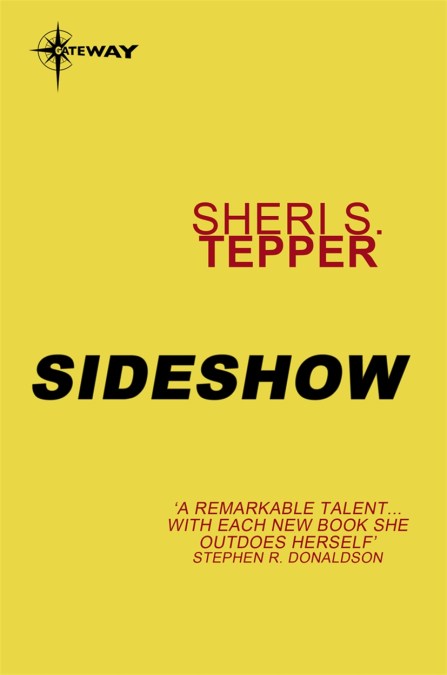 by Sheri S. Tepper
Barbaric customs and bizarre human cults are prserved on the planet Elsewhere. The rest of the universe has been taken over by the Hobbs Land Gods, which means that everyone alive, with the exception of the people on Elsewhere, lives in perfect harmony with nature and with each other.

But Elsewhere is ruled by computer-encrypted professors who have been dead for a thousand years. The professors werededicated to maintaining human diversity. Their ancient analogs are dedicated to something far more sinister. 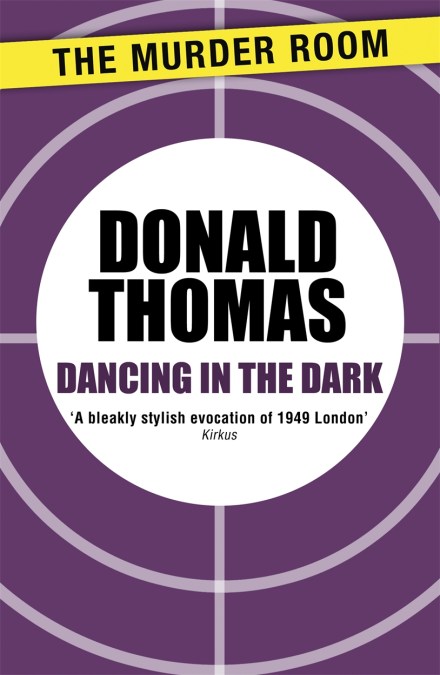 Dancing in the Dark

by Donald Thomas
‘Pretty Boy’ Johnny McIver is a small-time crook thinking big. But when he and his girlfriend ‘Solitaire’ cross gangland chief Sonny Tarrant he is soon made to realise how small he really is. Forced on the run for a murder he did not commit, trying to lose himself among the post-war Bournemouth holidaymakers, Johnny McIver is a man in panic, a man ‘dancing in the dark’. A man who could soon be dancing at the end of a rope… 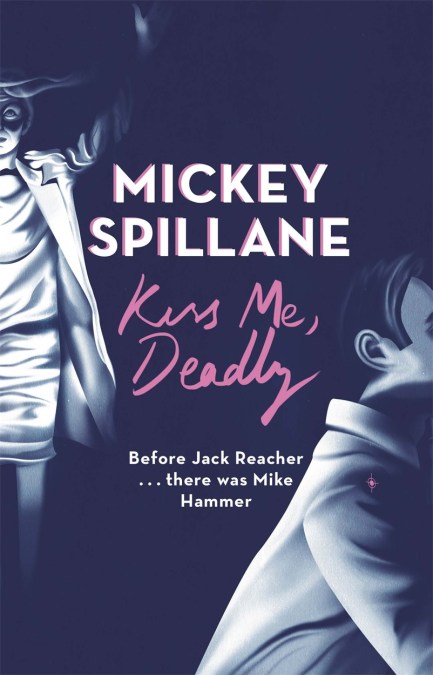 One night, a blonde jumps out in front of PI Mike Hammer’s car. She’s so scared he doesn’t have much choice but to give her a ride. At a police roadblock, he discovers she’s on the run from a sanatorium, but he passes her off as his wife. Other people besides the police are after the blonde, and these people play rough. Real rough.

The blonde turns out to be the star witness against some big-time mobsters. Mike has blundered into something unimaginably big, but the Feds don’t want him involved – and take his PI licence and gun.

For Mike, it’s a chance to strike a blow against evil on a grand scale. He discovers that something representing a great deal of money, and a lot of power, has gone missing, and that some people will go to any lengths to get it back . . . 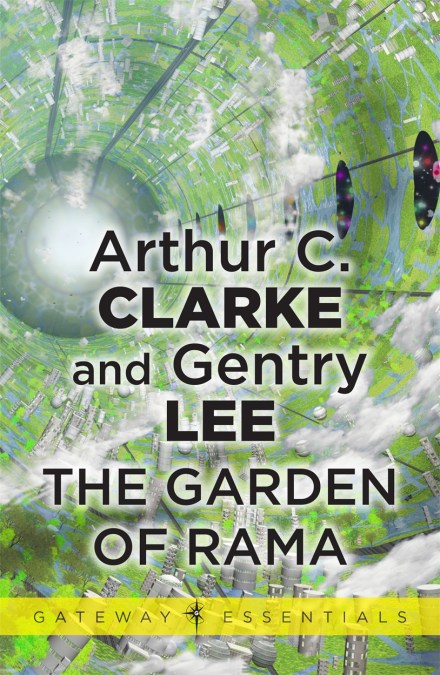 The Garden of Rama

by Arthur C. Clarke by Gentry Lee
In the year 2130 a mysterious spaceship, Rama, arrived in the solar system. It was huge – big enough to contain a city and a sea – and empty, apparently abandoned. By the time Rama departed for its next, unknown, destination many wonders had been uncovered, but few mysteries solved. Only one thing was clear: everything the enigmatic builders of Rama did, they did in threes.

Eighty years later the second alien craft arrived in the solar system. This time, Earth had been waiting. But all the years of preparation were not enough to unlock the Raman enigma.

Now Rama II is on its way out of the solar system. Aboard it are three humans, two men and a woman, left behind when the expedition departed. Ahead of them lies the unknown, a voyage no human has ever experienced. And at the end of it – and who could tell how many years away that might be? – may lie the truth about Rama… 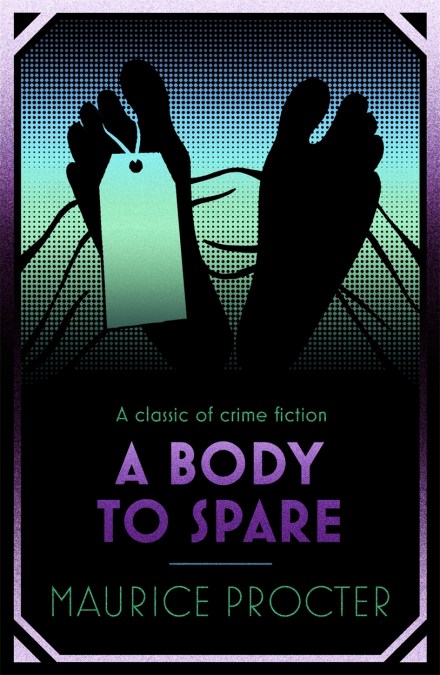 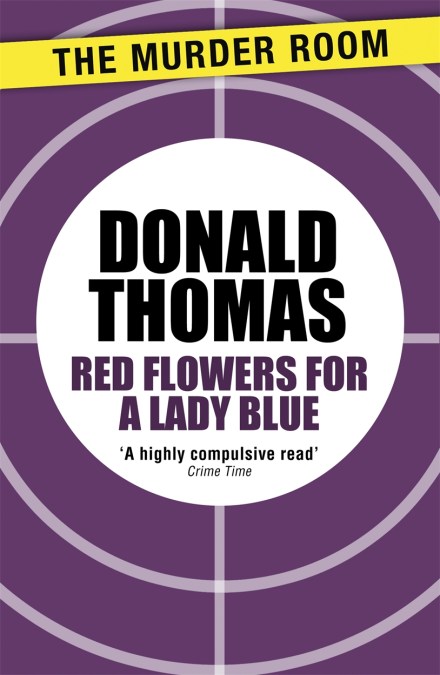 by Donald Thomas
It is 1936 – the year of the Abdication Crisis – and gangland capo Sonny Tarrant’s money-laundering operation is being threatened by three small-time thieves thinking big.

Would-be gangsters Sandboy, McGouran and Gillis have carried out a violent raid on the premises of furrier Pelly Pender. But Pender insists to the police that no attack took place, for he knows the trio will face a different justice in which the law plays no part. And Sandboy soon finds himself caught in a nightmare world in which Tarrant manipulates his victims with the deftness of a flick-knife.

His last hope is Yvonne Manders, once the stage-dancer ‘Lady Blue’ . . . 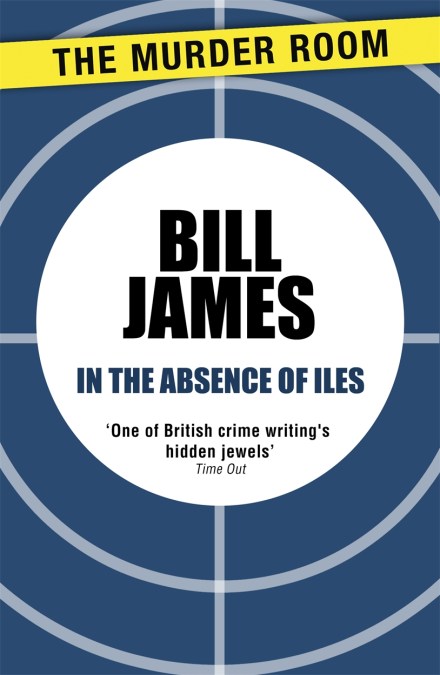 In the Absence of Iles

Iles might have been able to dissuade her from such a rash move. One of his own undercover officers was murdered not long ago. But Esther goes ahead, with terrible consequences . . .

‘James continues to produce the most realistic, unsettling sequence of novels, recording the subtle relationships between police and villains’ The Times
Next Page